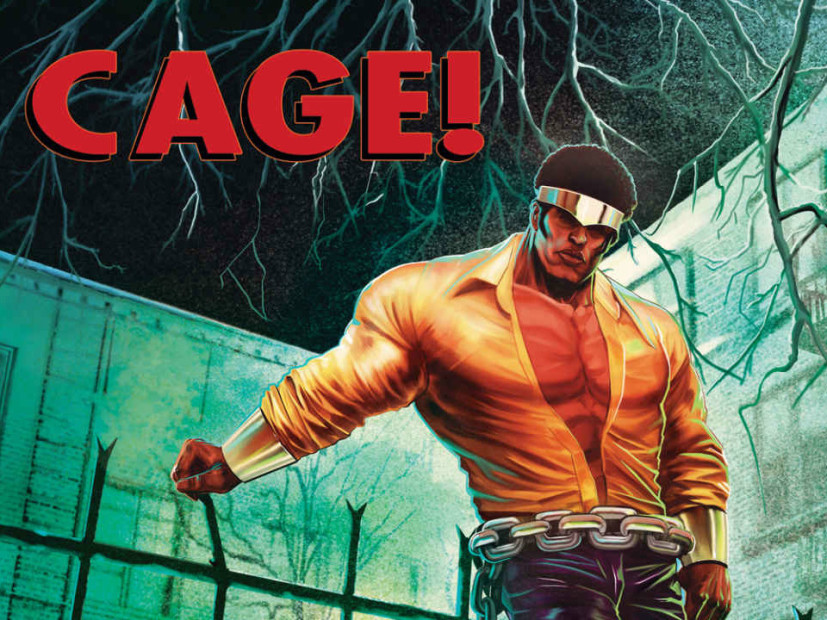 LL Cool J’s Bigger and Deffer, also known as BAD, was selected to be remade into a Luke Cage cover titled Hard. The New York superhero is set to get his own (heavily Hip Hop inspired) Netflix series starting September 30.

Kevin Gates’ Islah, which was recently certified platinum, is remade for Jessica Jones, who has her own Netflix series, in a cover called Issues.

“We picked Kevin Gates’ Islah for Jessica Jones because his body language simply nails who she is,” Marvel Editor-in-Chief Axel Alonso tells Playboy, who debuted the covers. “Ditto for LL’s BAD — the stance, the attitude was all Luke Cage.”

The other covers featured in this series include Chance The Rapper’s Coloring Book art being turned into a tribute to Nova and Wu-Tang Clan’s Iron Fist being remade for The Champions featuring Hulk and Spiderman. Salt N Pepa’s Hot, Cruel, Vicious was transformed into The Ultimates’ Not, Cruel, Judicious and Big Daddy Kane’s Long Live the Kane cover was remixed with three Iron Men serving Doctor Doom for Long Live Von Doom.

Check out side-by-sides of all the covers in the second installment below via Playboy.