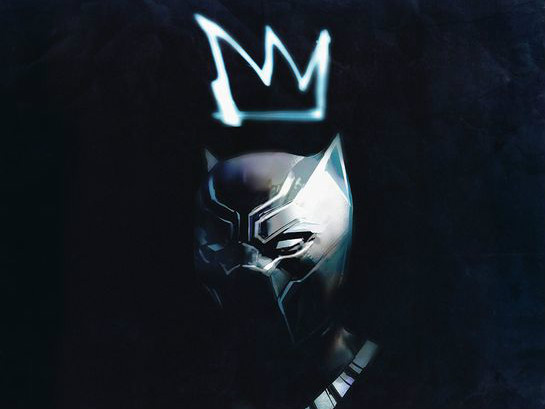 For the last couple of years, Marvel has been exploring the connection between Hip Hop and comic books with a series of variant covers inspired by classic rap albums. Now the comic book company continues its Hip Hop tributes by announcing a second series of album covers via Fuse.

King Mez’s Long Live the King cover is reimagined for the seventh issue of the hugely popular Black Panther comic run written by Ta-Nehisi Coates. The best-selling author of “Between The World And Me” will also pen an introduction for the fall book release of the collected first series of covers that included nods to De La Soul, The Notorious B.I.G, DMX, Wale, Drake and Future.

On the variant cover, the Raleigh rapper’s name has been replaced with that of King T’Challa, the superhero’s real identity, and the title Long Live Wakanda pays homage to Black Panther’s home country. The design is made by Marvel’s Bill Sienkiewicz.

Mez expresses his excitement for the collaboration on Instagram and says he is looking forward to continuing his growth since the 2014 project.

Make sure you grab the new @Marvel Comics "Black Panther #7" Hip Hop variant. It's inspired by your truly. S/o @rubenrodriguezinc @youaintryan Saul Flores and Julie Pitts I've grown so much as an artists I really didn't want anything attached to this old project. Especially with my new project in the works. I'm very appreciative of Axel Alonso and Marvel Comics for being so adamant about it though. There is no music attached to this project at this time but be on the lookout for new developments. Im just a comic book fan so this is really cool.

Dr. Dre’s protege spoke with HipHopDX about the inspiration for the Long Live the King cover art, revealing that the crown is a light painting.

“It’s crazy because there’s actually another person in that photo behind me,” he said. “He drew it like light painting or whatever, but I guess because of leaving the exposure open on the camera while he did it, it was too dark to capture him behind me, so you only get the light. A lot of people don’t know that about the cover, so I’m glad you asked. Shout out to Saul Flores, Ruben Rodriguez and my man Jason Clary. A lot of people put in work on that.”