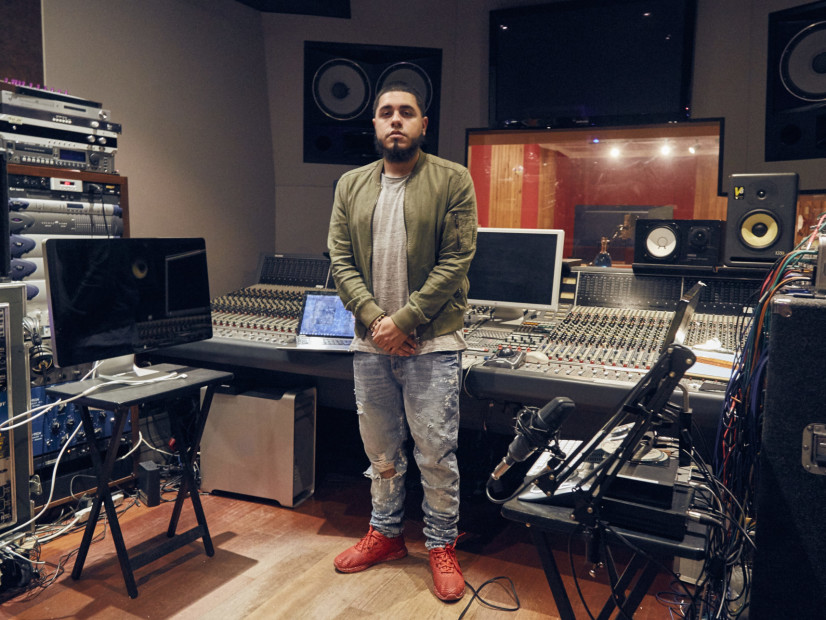 One of the better comeback stories of 2016 is Fat Joe & Remy Ma’s “All The Way Up,” featuring French Montana and Infrared. A platinum-selling radio smash with two New York veterans not steeped in Southern rap sensibilities felt like lightning in a bottle.

The beat was created on the dining room table of Edsclusive’s (real name Edward Davadi) Miami home before hit-making production duo Cool & Dre put their magic on it.

Initially, the instrumental was created last year with French in mind before Joey Crack got hold of it.

“[Fat Joe] had already told me he wanted the beat for the project he was doing with Remy,” Edsclusive told HipHopDX. “Then I told him to put French Montana on it and Infrared wrote the hook. I didn’t expect the song to come out that big.”

It’s been a long road for Edsclusive, who called Miami home for several years after relocating from a post-Hurricane Katrina New Orleans. He currently lives in Los Angeles following the single’s success.

“I’m not even from New York, which is crazy,” Edsclusive said. “I just got that love for real sounding music. I want to bring that element back to music.”

Before “All The Way Up,” the producer got some significant placements on projects from Curren$y, Future, The Game and even David Guetta. But possibly the biggest verse he’s scored is with Jay Z spitting on the remix.

“Joe told me that before it came out that Jay was going to be on the remix,” explained Edsclusive. “I believed it, but I was like ‘For real?’”

That’s not the only insanely big record Edsclusive was a part of.

“I sent the record to Khaled and he told me it was going on the album and it was the first day he heard it,” he described. “The second week, he said he was putting Big Sean and Kendrick on it. We didn’t know the third feature [until] it was confirmed. He then started saying that Kanye or Cole was supposed to be on it. It ended up being Betty Wright, which was dope because she’s a legend.”

Edsclusive is already getting phone calls from Cassidy, Jadakiss and Styles P, among others. At this rate, he may be close to his dream collaborations with Pharrell, Kanye West and Timbaland.