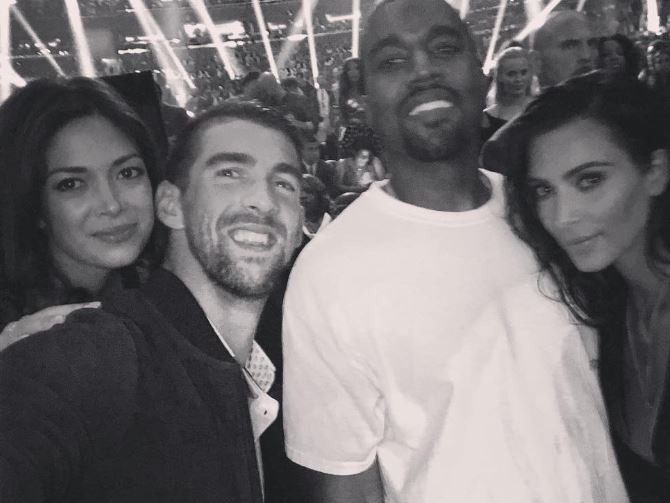 It turns out that #PhelpsFace, the hashtag that quickly went viral after Olympic swimmer Michael Phelps was caught mean-mugging before a race in Rio, was brought about by the music of Future.

Before introducing Future, who went on to perform “Commas” at the VMAs, Phelps revealed that he was listening to the DS2 track, “Stick Talk” the moment the #PhelpsFace photo was captured.

The most decorated Olympian of all time later applauded Future for being one of the most inspiring rappers out.

“I was in the zone with Future’s track ‘Stick Talk’ blaring through my headphones,” Michael Phelps said during the MTV VMAs, Billboard reports. “There’s no rapper today more inspiring than Future. His optimism is right there in his name.”

Phelps, who was once referred to as “the Young Jeezy of the swim world” by Jeezy himself, revealed during a recent Facebook Live interview with PEOPLE that he had been listening to vintage Eminem and Lil Wayne, during the Olympics.

“I had some Lil Wayne from ’08, Steve Aoki from ’08…when I was in the ready room getting ready to go out, I was listening to Nero and Skrillex, just kind of really trying to get going,” Phelps said.

A handful of the best #PhelpsFace memes can be found below.

When 19 is not enough gold medals pic.twitter.com/Wqd5fsxSGG

When you're told to insert your card after you already swiped it. pic.twitter.com/lfKDoWBbyN

When you're craving Chick Fil A but it's Sunday pic.twitter.com/N0XXntW5um

When you're the real Slim Shady but someone else stood up. pic.twitter.com/CtQTu7FXEa