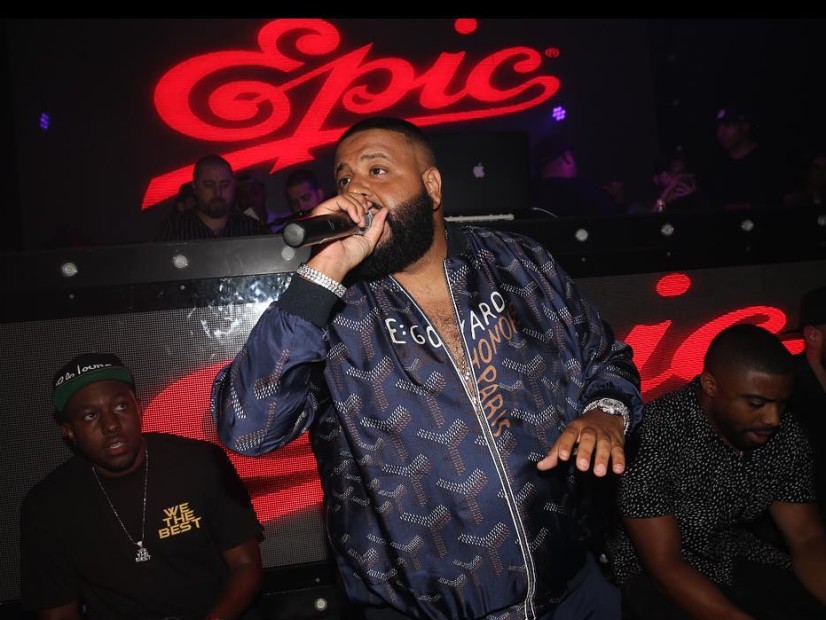 New York, NY – When Parisian luxe trunk and leather goods maker Goyard was asked if DJ Khaled was rocking an authentic Goyard bomber jacket at Sunday’s (August 28) MTV Video Music Awards, the brand tweeted out that the jacket was a “total fake” on Tuesday (August 30).

Goyard is a luxury luggage and accessory brand, so fashion items such as hats, shirts and bomber jackets like the one Khaled was wearing on Sunday are not products that they sell.

“Hopefully DJ Kahled (sic) used genuine Goyard silk scarves [to make the jacket], out of respect for Goyard and as not to promote counterfeiting,” the company said in tweet that has since been deleted.

This prompted a very DJ Khaled-type response from the Major Key producer himself: “They don’t want me to use REAL @Goyard scarves so I did!”

It appears Khaled got the jacket custom made like Hip Hop tailor Dapper Dan would customize Louis Vuitton and MCM gear out of real fabric or leather throughout the ’80s and ’90s before the brands started using their own monograms for clothing pieces.

Dapper Dan eventually got shut down by the Feds and if Khaled’s custom jacket wasn’t made from real Goyard silk then they would have grounds to sue the mogul for trademark infringement, according to The Fashion Law.

Goyard confirms that Khaled did indeed use authentic silk scarves to create the jacket, but if they wanted to take the We The Best boss on legally, they’d have a sound argument since they’re not a clothing maker and the custom jacket can cause some confusion with consumers as well as encourage the counterfeiting of their geometric Goyardine print.

Both Khaled and Goyard have since made up over their Twitter exchange, so a suit is not likely.

Khaled insists that he will still continue to make custom pieces with their silk scarves and encouraged all of his followers to shop with Goyard.

Check out the tweets between DJ Khaled and Goyard below.