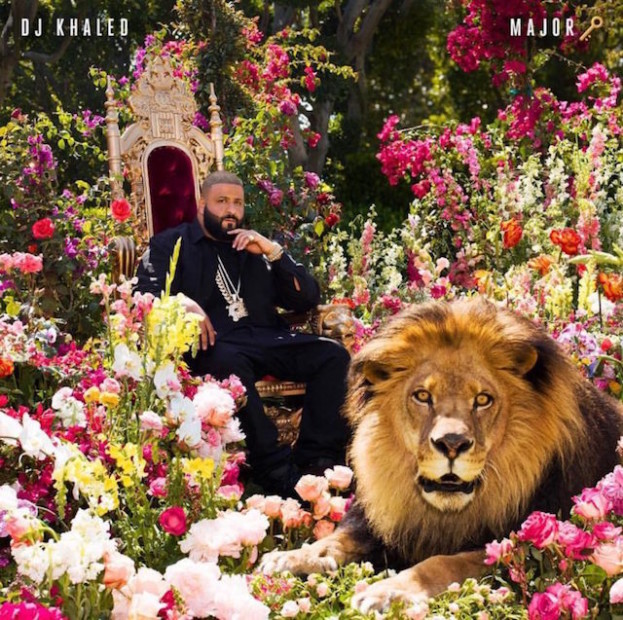 Major Key marks DJ Khaled’s ninth studio album and most people still don’t know what exactly it is Khaled does. Ever since his first project, it has been a mystery as to what part of the music creation process Khaled is involved in. He doesn’t rap or sing and although he is credited for the co-production of five tracks on this album, it’s hard to distinguish the magnitude of his contributions. These days Khaled is more known for being a walking meme and a Snapchat guru rather than anything Hip Hop related but according to the man himself, Major Key is his best work to date. (What else was he supposed to say, right?)

Without his gigantically star-studded collaboration tracks, there would be no such thing as DJ Khaled, so making sure the best of the best gift him with a verse is unequivocally essential and ultimately expected. That’s why having the likes of J. Cole, Jay Z and Nas on this album feels like an everyday accomplishment. These more seldom collaborators are tacked on besides the usual suspects like Rick Ross and Lil Wayne plus some new recruits like Kodak Black and Bryson Tiller make their Khaled album debuts. This brief moment of Hip Hop unity is arguably the most special part of Khaled albums. Where else are you going to see Kodak Black sharing a tracklist with Nas?

The album is loosely centred around Khaled’s keys or as he likes to call them, his “major keys to success.” Lead-off record “I Got the Keys” with Jay Z and Future uses the most obvious reference to this Snapchat phenomenon and really is the album’s strongest track. Jay sheds light on his recent lawsuit victory and other miscellaneous wins like Beyoncé being his wife. (Checkmate.) Future fills in the rest of 808 Mafia’s rolling trap beat with that classic growl and Khaled is left to obviously handle the ad-libs. “Nas Album Done” is a slam-dunk purely off the strength of its title. The Illmatic One snaps over a tightly-chopped “Fu-Gee-La” sample and announces that after four years, his new album is in fact, complete. Release date to come.

We look to Khaled for trend-setting instead of trend following but a few cuts on this album see a lot of similarities to past hits. Kendrick Lamar and Big Sean’s “Holy Key” is basically “Control” reincarnated save for harder drums permeating Betty Wright’s chaotic screams on the hook. “Do You Mind” is almost an exact carbon copy of 2014’s “Hold You Down” and the issue of cluttering the track with the three same R&B dudes (Chris Brown, Jeremih, August Alsina) singing the same sappy story. By now, it’s clear that Khaled is dedicated to a certain formula when crafting an album and doesn’t much like straying from it. Like clockwork, a few songs for the “streets”, a cut or two for “the ladies” and some club records dominate the tracklist. A perfect example of a song assembled for the sake of naming it after one of Khaled’s taglines. Newcomer Kent Jones, of “Don’t Mind” fame, all but obliterates his veteran competition of Jadakiss, Fabolous, Fat Joe and Busta Rhymes and the same empty promises are showcased on a song like “Tourist,” which may sport the names Travis Scott and Lil Wayne but fail to deliver anywhere the impact as say an “Antidote” or “Rich as Fuck.”

If this album was just the first five songs, it would edge closer to a perfect game but it’s a shame the wheels start to come off as the LP rolls right along. Even though Khaled has found past success in the mega collaboration tracks where almost a dozen artists spit a sixteen and then vanish, said formula doesn’t work here. If Major Key teaches us anything, it’s that even when you put a bunch of A-listers together, the product doesn’t always unlock the entry to an automatic win. In a lot of ways, Major Key, along with most of Khaled’s catalogue, is like the NBA All-Star game; an assembly of the game’s most talented players that almost never lives up to its full potential. There are instances on this album that do prove Khaled’s worth as a Hip Hop orchestrator in terms of matching high profile rappers with quality beats but unfortunately, they come too few and far between. So for the time being, the most enticing feature for Khaled is his Snapchat feed.