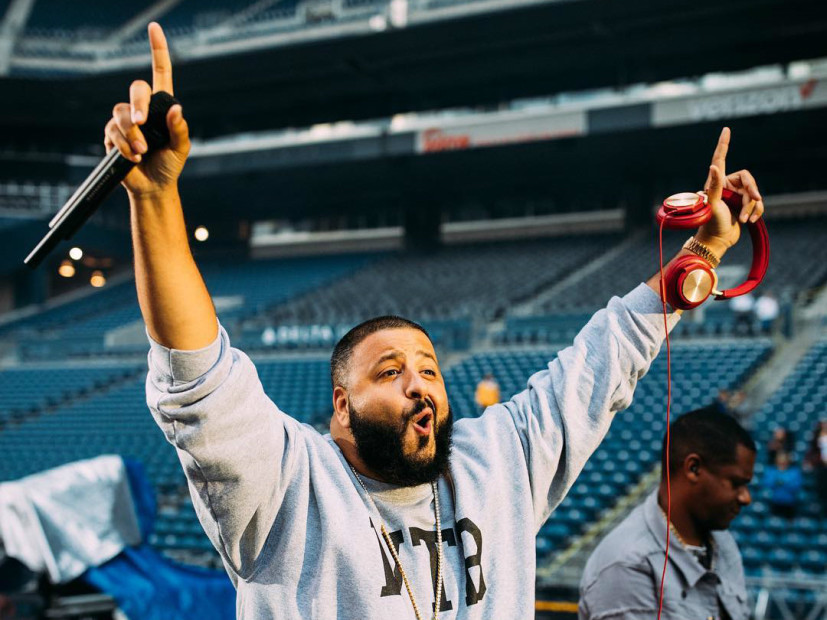 The project has plenty of hype with the singles “For Free” with Drake, “I Got the Keys” with Jay Z and Future and a “crazy” verse from Kendrick Lamar on “Holy Key.”

Other features on the We The Best leader’s LP include J. Cole, Nas, French Montana, Nicki Minaj, Future, Chris Brown and Jeremih.

Major Key features a lion on the cover, which is shot by legendary photographer Jonathan Mannion.

DJ Khaled has released the tracklist for his ninth studio album, Major Key, which features a lion on the cover art.

As usual, the Miami artist has enlisted an all-star lineup for the project, due out July 29. Nas and J. Cole each have their own tracks. French Montana and Kodak Black reunite after “Lockjaw” and join Jeezy on “Pick These Hoes Apart.”

The Snapchat King has released three singles, “For Free” with Drake, “I Got the Keys” with Jay Z and Future and “Holy Key” with Kendrick Lamar, Big Sean and Betty Wright.

This LP is the follow-up to I Changed A Lot.

Check out the tracklist below:

(This article was last updated June 25, 2016 and is as follows.)
DJ Khaled has announced the release date for his ninth studio album, Major Key.

The LP, which features a lion on its cover art, is due out July 29, according to an Instagram post from the Miami artist.

He also shared the news that the much-anticipated “I Got The Keys” visual with Jay Z and Future is set to premiere Sunday in conjunction with the BET Awards. Photos of the video shoot showed a long list of all-star cameos including Rick Ross, T.I., 2 Chainz and Pusha T.

The first single for Major Key is “For Free,” which features Drake.

Major Key will be Khaled’s first album through Epic Records. He signed to the company shepherded by L.A. Reid in April

Remember that photo shoot DJ Khaled had with a lion?

Well, the official album cover for Major Key is here and yes, the lion made the cut.

DJ Khaled revealed the cover art on his Instagram. The photo was shot by legendary photographer Jonathan Mannion, who is responsible for the iconic covers of DMX’s Flesh of My Flesh, Blood of My Blood and The Game’s The Documentary.

Major Key is set to include a song with Jay Z and Future. It is supposedly going to be the song of the summer, according to the Atlanta rapper. The squad filmed the video for “I Got The Keys” with a long list of superstar cameos including T.I., 2 Chainz, Swizz Beatz and Rick Ross. In his Instagram post for the album cover, Khaled promises the video “very very soon” and says he will announce the release date for his ninth LP, his first with Epic Records, on the same day.

Major ? Alert. I present to you the official cover to my 9th studio album Major ?. My greatest work to date. So it was only right that the cover of Major ? represents my journey on the road to more success and the passion it took to get here. Right now I'm in the jungle!!! I'm in the studio putting the final touches to my album. But it was so important I present this cover to fan luv to let you know I'M COMING!!!! Thank you to the iconic photographer @JonathanMannion for shooting me and the King of the jungle. Lion order!!! I will never stop!!! I got the ????!!!!!! I'm premiering the video to I Got The ?s featuring Jay Z and Future very very soon. It's so close. I think I'll let the album date go the same day too. Just for fan luv!!!! And yes you heard me right, Jay Z!!!!! Special cloth alert!!!! Iconic Video Moment Alert!!!!!!!! It's coming very soon!!!! Be ready for the most powerful music and iconic artists all on Major ?. @wethebestmusic @epicrecords @rocnation #MAJOR? THE ALBUM FULL OF PASSION PAIN AND SUCCESS AND BLESSINGS AND MORE WINS!! GOD IS THE GREATEST! ????