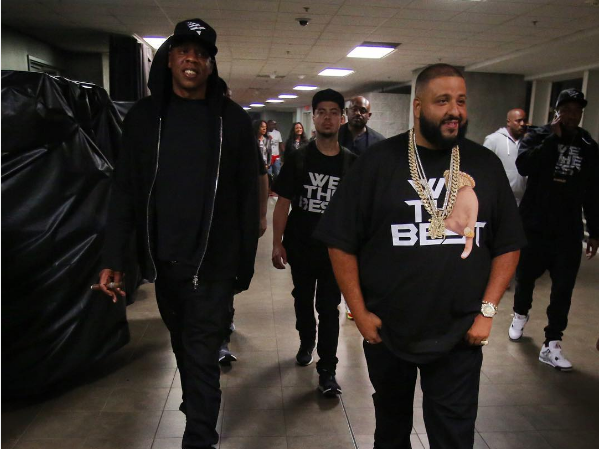 Although he’s got a baby on the way, DJ Khaled isn’t putting his feet up on the music front. The Miami-based artist and producer continues to stack up the hours in the studio preparing his forthcoming album Major Key, his first project under the newly announced We The Best/Epic umbrella.

The album’s first single is reported to be a track featuring Jay Z and Future, and, according to the latter, the song will be the soundtrack to your summer.

Shortly after Future’s tweets, DJ Khaled took to Snapchat and Instagram to confirm that a song featuring both Jay Z and Future will appear on his upcoming album, but, Khaled also told fans to expect more.

“Everybody ask me, do I have a record with Jay Z and Future on my album? Yes, of course I do. Of course it’s the biggest anthem, but I have some other ones, too.”