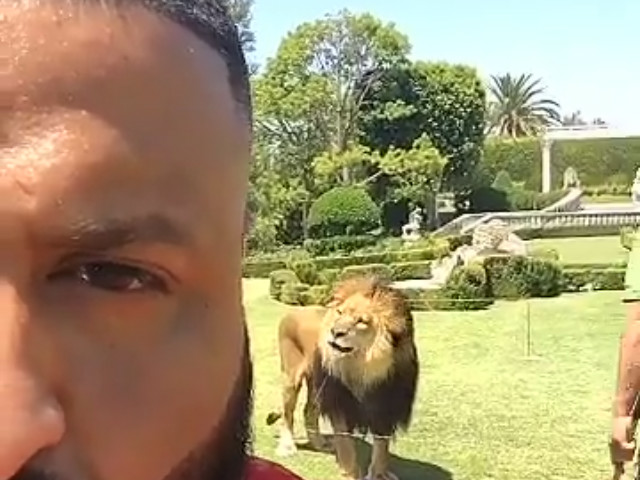 Pasadena, CA – DJ Khaled likes to make statements with his albums. The follow-up to I Changed a Lot is said to be named Major Key and will be the Miami deejay’s first release on Epic Records.

The We The Best Music boss took to, what else, Snapchat to share the latest developments on Major Key. Khaled did a photo shoot with Jonathan Mannion, whose credits include covers for The Game’s The Documentary, Nas’ God’s Son, DMX’s Flesh of My Flesh, Blood of My Blood, Jay Z’s Reasonable Doubt and Eminem’s The Marshall Mathers LP.

The shoot took place at a mansion in Pasadena, California and the team brought in a lion to pose with Khaled. One of the shots features Khaled seated in a throne surrounded by flowers with the lion lying in front of him.

Also in the Snap Story, Khaled reveals that he has new Drake vocals. He has worked with Drizzy on multiple tracks before, including 2011’s “I’m On One” and 2013’s “No New Friends.”