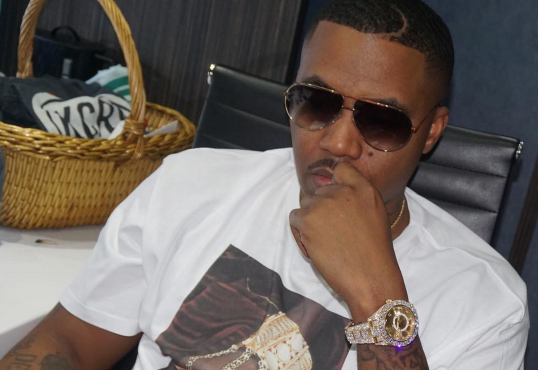 An album announcement from a Hip Hop legend will inevitably generate interest within the community to the highest degree. Thanks to the shrewd marketing genius of DJ Khaled and his We the Best Music team, a new Nas album has not only been announced through the release of the highly publicized Major Key album, it also has been revealed that it is completed. Or “done.”

The two unlikely collaborators aren’t all that unlikely (see the titular track from Khaled’s 2010 album, Victory) and given that the veteran Miami DJ is all about anthemic material, the record takes Nas out of the musical element he’s carved his legacy in.

That may not necessarily be a bad thing. Read below to see DX Staff analysis and by all means, give us your feedback on the track in the comment section.

“A divine leader / Shine brighter / Bonita-mami-meeter / Line sniffer / Never / Poetic rhyme writer / chiefer…” Yeezus… Nas ain’t been this nasty since ‘96. From Fugees sample to fly conclusion, this is best Nasir offering since “A Message To Y’all Feds…” Call this one, “A Message To All Heads.” All the elements are there: Social consciousness, obligatory Africa shout out, godbody bars embodying his rap godliness.

We knew everyone borrowed the baby-on-the-album-cover motif. People forgot about Mr. Narcos, though. “Now everywhere all I see is Pablo, Esco,” Nasir delivers effortlessly, flowing like a fountain full of subliminals. “Last time I checked I was still breathing / My neck was still freezing, now everybody got an Escobar Season.”

Braggadocio isn’t the only mode, thankfully. Of course, Nas leaves something to stick to your ribs. “I’m assisting to push the culture forward/To all my go supporters, go support us / Like a local black-owned grocery store / Cause in the hood shit ain’t passed down through blood.” Now that’s a major key.

There’s something symbolic about DJ Khaled using the hook from The Fugees’ 1996 classic “Fu-Gee-La” — itself a nod to Teena Marie’s 1988 track — on a song featuring Nas. The Score came out between Illmatic and It Was Written and all were part of the same critically and commercially successful East Coast sound of the time.

Khaled taking an MC and a hook from the good old days and fusing them with a more current drum sound and big bass worked for me here. Nas rides the beat expertly and the verse is strong enough that he’s able to carry the track by himself. The song is one of only four solo tracks on the album, with the other three featuring Drake, J. Cole and Mavado.

The verse starts off hitting with some “Broken Language” levels of self-definition and an almost Camp Lo “Luchini”-esque braggadocio, but Nas and Khaled time the lyrics so that the most important message is the most impactful, landing “the racial economic inequality, let’s try to solve it” as the beat takes a momentary breath.

Classic Shit? Timeless? Forever? Iconic? Probably not (partly because of Khaled’s echoey voice saying those very words to bookend the track) but still good enough that I’ve listened to it five times in the last hour and that it has me excited that Nas’ album is done.

Distance makes the heart grow fonder, indeed. Watching the reactions on this Nas track, the biggest question being tossed around is, “When is the last time Nas has come this hard?” I’ve attended this rodeo before and I have the answer just like Khaled Khaled has the keys: The last time he released a record. Harboring back to 2012’s Life is Good, the Large Professor reunion “Locomotive” garnered all sorts of Illmatic 2K hyperbole and this year’s “March Madness” redux also exploded throughout the Internet. “Nas Album Done,” for me, at least, is a stark — and enticing — reminder on simply how Nas was born to clutch five fingers on a microphone and deliver instantaneous poetry each time out. Now all we need is a bit of consistency and he can help turn the shift of the culture’s preferences within the mainstream.

By now, DJ Khaled has managed to turn every social media post and new music drop into a full-on event. Since announcing his ninth studio album Major Key following his transition into pop culture via Snapchat, he’s made incredible moments out every single from the project. “For Free” coincided with his Apple Music Deal. Putting Future and Jay Z together for “I Got the Keys” and releasing the black nationalists inspired music video following the BET Awards couldn’t have made more sense considering everything that took place that night. Earlier this week, getting Kendrick Lamar and Big Sean together on wax since “Control” was a symbolic showing of unity between the two. Adding Hip Hop’s old-school R&B champion Betty Wright on the hook was inspired AF. A day before Major Key hits the streets, dropping “Nas Album Done” does two very significant things for Khaled.

Obviously, the man who once went by the name “Arab Attack” is literally attached to damn near every major name is Hip Hop. Both Khaled and Nas have collaborated previously on Kiss the Ring track “Hip Hop” alongside Scarface and DJ Premier which, is something in itself. Second, “Nas Album Done” is a brazen evidence that the world will finally be blessed with a follow-up to 2012’s Life is Good. On its own merit, Nas spits one of the best bars this year through: “To every baby on the album cover existin’/This trend I was settin’ came to fruition / I’m assistin’ to push the culture forward.” That’s Esco doing exactly what he does best, giving wisdom, mind-fucking the English language and just talking good shit. I’m not going to lie, I was thoroughly disappointed with his “March Madness” freestyle and thought never thought that he fit well on trap beats. “Nas Album Done” has changed my mind.