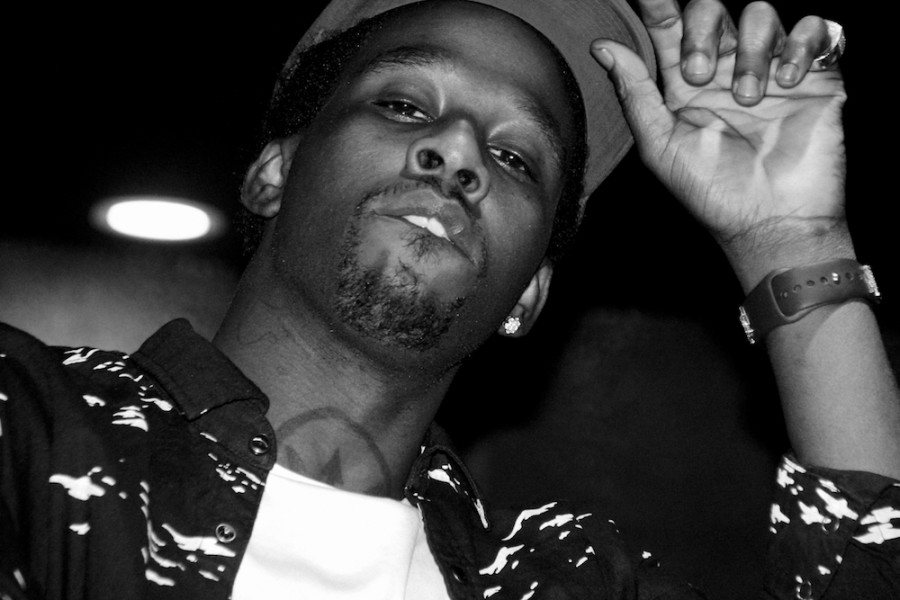 North Hollywood, CA – Young Thug made headlines late last week once again following the release of his latest mixtape, No, My Name Is Jeffery. The project’s meme-worthy cover featured Thugger in a dress created by Italian designer Alessandro Trincone and managed to seem wilder than his Barter 6 art.

“I’m with whatever he with,” he said sitting down on a couch at North Hollywood’s Ameraycan Studios as TM88 played beat after beat. “Shit, they know how we rocking. We love all the reactions. Negative and the good.”

Mainstream might have caught wind of Duke around the time Thug dropped Barter 6 through track two “With That.” However, the two have been rocking with each other for quite a long time.

“We been rocking since we were young niggas,” explained Duke of his best friend. “We grew up in the streets together. We came up together and we gone go together.”

This year, Duke made a strong push in expanding his reach and fan base as well through two significant releases outside his numerous features on the debut Bankroll Mafia project that dropped in April. First, the early May release of Uber featuring guest appearances from Lil Yachty, Lil Durk, Anthony Hamilton and obviously Thug.

A few months later in July he released another mixtape Blue Devil. That project found Duke collaborating with Trae Tha Truth and Shade da God, among others. More recently, he was featured on No, My Name Is Jeffery track “Webbie.”

According to Duke, the track came to life after he was released from jail on what he called a “bullshit charge.”

“The title came after we made the track,” he said. “He had already done his verse. I walked in the studio, he pulled it up and I did the verse there.”

Sitting down with DX as he puffed his Backwood and took frequent peeks at his diamond embroidered YSL Apple Watch, Duke said the ordeal occurred after his first trip to Paris with Thug as he had only received his passport a few months back.

During a recent show at Los Angeles music festival FYF over the weekend, Sir Jeffery called Duke his “Best Friend” before performing the popular track. Watching Thug’s rise must be inspiring and a lesson for him.

“Every second he’s making history and power moves,” explained Duke. “That’s what that shit is about. We came through the storm. I do my own thing, but I take heed of what goes on around him and come at it my way.”

Expect several videos to come from Duke in the coming months from his Blue Devil project as he plots his plans for more notoriety.

“I’m trying to be in the hills with no service and still working,” said Duke. The goal is just doing better. Every project is going to be something better. They’re going to be more beastie.”