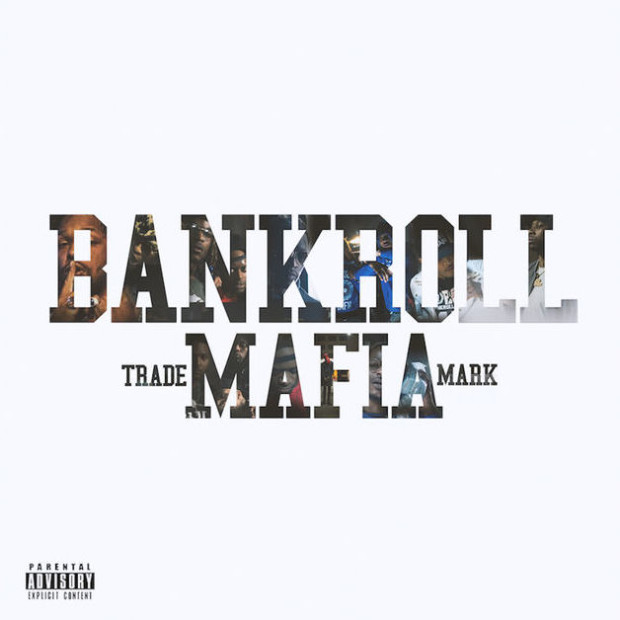 The Bankroll Mafia is a six-man squadron made up of Atlanta’s T.I., Young Thug, Shad Da God, London Jae, YSL Duke and Peewee Roscoe. Most of these guys are affiliated with another group or label, but the undeniable chemistry on the group’s eponymous debut project runs deeper than an industry email chain scattered with verses and hooks.

Bankroll Mafia’s 17-track album is strictly an Atlanta affair, enlisting Lil Yachty, 21 Savage, Quavo, Offset, Young Dro, the late Bankroll Fresh, and more to form a respectable conglomeration of Atlanta’s current rap scene. Who would’ve ever thought we’d hear the nautical co-captain of the Snapchat trap wave, Lil Yachty, holding his own on a song with one of the trap genre’s inventors in T.I.P.? Mind you, this is the same song that features Young Thug on the hook singing about doing something you could only picture him doing: Laughing like a “Hyena” in zebra stripes.

Thugger is coincidentally on the hook of some of the project’s best songs. His in-house producer, Wheezy, carves out enough sound space for him to perform some pretty entertaining vocal inflections on the chorus of “Neg 4 Degrees,” while Shad Da God and YSL Duke drop off formidable verses of their own. 21 Savage’s stop-go flow on the front end of “I Want Her” does however, outdo Thug’s slurred hook performance. “Cash” finds Tip sharing hook responsibilities with Thug and by the song’s end, it’s something you wish they did more often.

Proven street hustlers take up a good chunk of the album but the best moments come when production lends itself to softer subject matter. “Screwed It Up Again” is perhaps the best example of this, as T.I.P., London Jae and Shad Da God reflect on the trials and tribulations of pained relationships over London On Da Track’s deflating synths. The Quavo and Offset-featured “Up One” is a tender pop trap ballad that soars in the lofty rags-to-riches clouds.
Bankroll Mafia misses when it trudges through themes that have had the life squeezed out of them online. Tracks about pulling someone’s Woman Crush Wednesday (“WCW”) are the type of things that should’ve been left in 2015, or at least on a Twitter timeline. “My Bros” tackles another painfully-dated concept that involves putting bros before hoes making it too, a rather forgettable record.

As their name suggests, BRM enjoys rapping about the finer things in life. An album full of green-faced braggadocio can get tiresome at times though. Luckily, the Bankroll Mob comes up with ways to keep the paper talk fairly interesting. The King’s “got marathon money, yours on a treadmill,” line on “Trenches” is a clever complement to Shad Da God’s “all of my niggas having some money, so you can’t tell who the boss,” line a verse later. To be fair, Trouble Man cements his boss status on “Mafia, Mafia” by starting what’s arguably the best verse of the album with, “Ten dope boys in the trap house, doing all the shit your favorite rapper rap bout.”

Peewee Roscoe is featured on five of the project’s full count even though he’s currently serving a 10-year prison sentence stemming from the shooting of Lil Wayne’s tour bus around this time last year. The Bankroll Mafia album is more than a dedication to fallen friends; it’s an impressive power move in a city that’s buzzing with talent but also drama. For the Bankroll Mafia, loyalty and getting to the money hold more weight than publishing deals and label politics. Mob ties stretch from T.I.P.’s Hustle Gang, to Birdman’s Rich Gang and even Peewee Longway’s M.P.A. Bandcamp. As Roscoe said in a phone call on the outro of “Fuck This Shit Up”: “This Bankroll Mafia shit is more than just a label, it’s a muthafuckin family.”