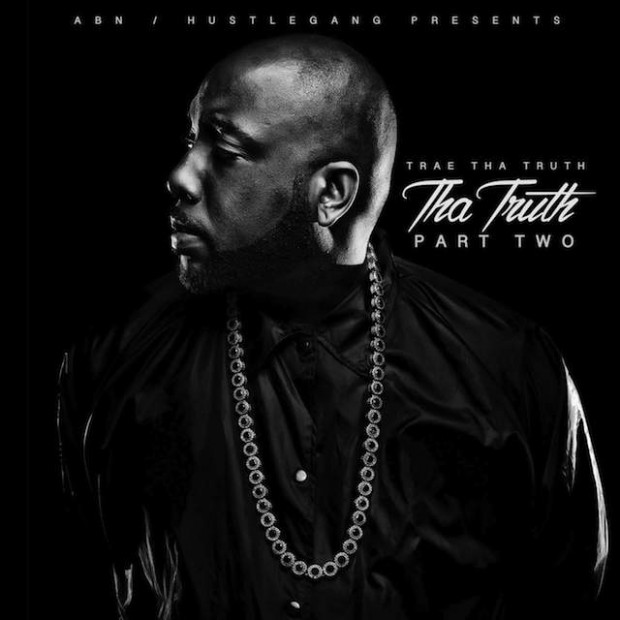 Whether you’ve noticed it or not, Trae Tha Truth has low-key been one of the most consistent rappers in the game since his 2003 debut. With a career that spans over 15 years and seven studio albums, Trae has been steadily making some of rap’s most thorough music. Last year’s Tha Truth may not have charted exceptionally well but it still resonated with those partial to the authentic Houston sound. Now, Trae is back with its successor, Tha Truth Part 2.

Trae is equipped with one of the most distinctive voices in modern day rap but the first voice heard on the album is actually that of comedian Lil Duval’s. Although annoying and unusual, Duval’s monologue mirrors Trae’s current frustrations with his own spot in rap. Such frustrations are understandable seeing as his notoriety in the game continues to get overlooked by the masses. If his past seven albums haven’t proved his lyrical prowess, Tha Truth Part 2 makes it crystal clear. His punchlines have increased tenfold, with each one liner hitting harder than the next. “Bullets got him doing the Wap, like he was Fetty” and “Way I got it Coming to America, call me Hakeem/You don’t see my hustle something serious, get ya Visine” are simple but effective. Trae never over-raps any verse and reminds us at every turn that less is more.

The album also follows a thematic flow. Top seated tracks like “Crazy” and “Who Dey Rockin Wit” showcase his signature bravado that is increasingly menacing. Especially the latter, which is jam packed with gun bars and death threats placed over Jay Oliver’s haunting production. The songs that occupy the middle of the album let his featured guests shine in their own right. Trae manages to get some clever and legible lines out of Young Thug on “Slugs;” which is strange considering their sounds are polar opposite. Finally, the culminating tracks have Trae taking his armor off and opening up about life’s realer moments. “I Will Survive” in particular is a track that highlights Trae’s ability to whisper motion cinema, sounding more like an open letter to loved ones than anything else. Possessing so many personas come through on one project can take a toll on its legitimacy but regardless of all of Trae’s different sides, nothing feels fabricated even for a second.

That said, not every song on this album has a place. The 17 tracks are a lot to digest, causing certain songs to render themselves skippable. (See the baseless “Work” for example.) It would have been more beneficial for Trae to scale it back and release the eight to twelve strongest cuts. Songs like “Who Dey Rockin Wit,” “Slugs” and “I Will Survive” have enough strength to even be their own small project or EP. It also would have been nice to hear Trae flash more of his H-Town roots. Obviously an album full of UGK knock-offs would be corny but a 2016 version of “Rollin” could have possibly earned him up a hit to infiltrate the masses. Either way you slice it, Tha Truth Part 2 is a solid album that will undoubtedly satisfy Trae’s core audience; making it another notch in his respectable catalog.