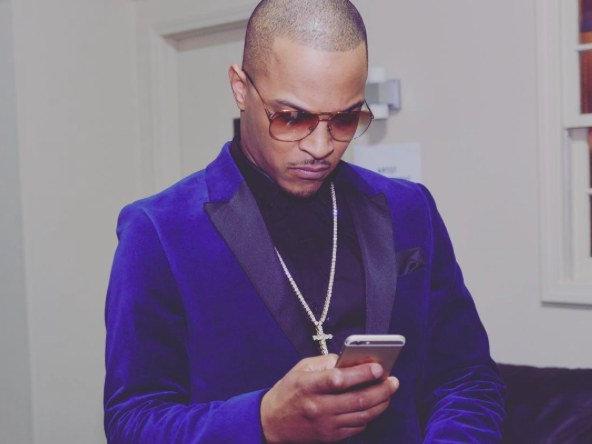 T.I. Recruits 100 Strippers For The Opening Of His New Atlanta Strip Club

Atlanta, GA – T.I. and his business partner Damon Cobbs are opening a V Live strip club in Atlanta later this month and held a casting call in search of 100 dancers, TMZ reports.

As much money as T.I. is known to throw in the strip club, it only makes sense that he cashes in on the action, especially in his hometown where baddie strippers reign supreme.

Over 1,600 women showed up to the V Live Atlanta auditions in hopes of getting hired. Potentials displayed their assets to the cameras, which captured it all going down. Cobbs can be seen in the footage prepping the ladies for their auditions.

V Live is one of Houston’s more popular urban gentleman clubs. Recently, they’ve begun to set up shop in other major cities like New Orleans and Dallas. It has become the go-to strip club for dancers to make the big bucks while possibly dancing for frequent celeb guests like Rihanna, Nelly or Future.

V Live will be competing against other already established and popular Atlanta strip clubs such as Magic City and Onyx.

Late last year, Tip himself blew $30,000 like it was nothing at V Live Dallas.

Drake is another frequenter of V Live. He’s made various references to the strip club in his music such as that one time he ate Alfredo pasta out of V Live’s kitchen (“No Tellin'”) or that time the popular strip joint got him for a check (“Believe Me”).

This is the latest of business moves T.I. has made this year. In February, the 35-year-old mogul joined forces with TIDAL as an artist-owner, allowing the streaming service to show a concert he did in his hometown and exclusively premiering his single “Money Talk.”

Watch footage of the V Live Atlanta auditions below.