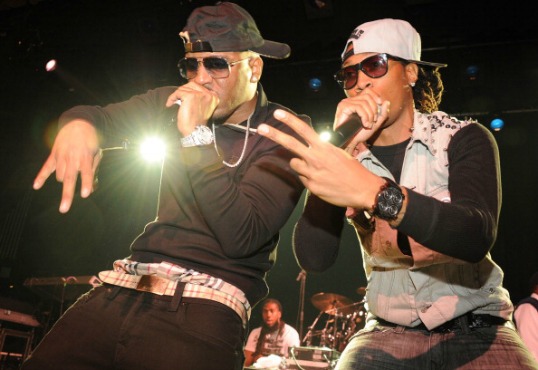 Atlanta rap ambassadors Future and Rocko have exhibited great chemistry over the years on records such as “Chosen One,” “U.O.E.N.O.” and “Squares Out Your Circle” but apparently when the studio sessions were complete, bitter animosity lingered in the air.

TMZ is reporting that Rocko (born Rodney Hill, Jr.) is suing Future Hendrix for a breach of contract stemming from a 2011 deal where Dirty Sprite creator was supposed to release a whopping six albums on Rocko’s A1 Recordings. The end result of such bad business practices? Allegedly $10 million.

According to the lawsuit, Epic Records was brought on to be a distributor for said albums that never saw the light of day because Future allegedly got crafty and cut a side deal with the label, leaving Rocko out of 25 percent commission on advance money and another 20 percent of Future’s tour and endorsement earnings.