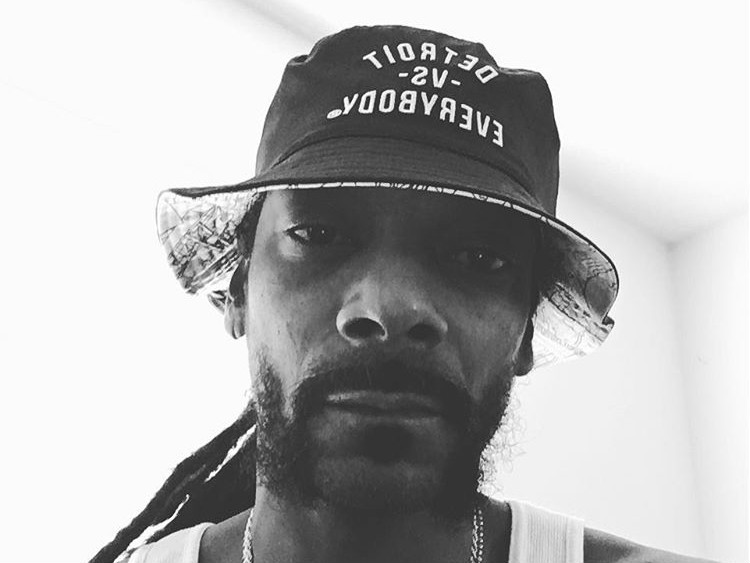 The 20-track LP is available on Apple Music a few days ahead of its expected July 1 release.

Snoop Dogg has an all-star lineup prepared for his Coolaid album.

The tracklist has been released now that the LP is available for pre-order on iTunes. Coolaid is to be made up of 20 songs and include features from Too $hort, Swizz Beatz, Trick Trick, Suga Free, E-40, Jazze Pha and Jeremih.

The Doggfather’s “The High Road Tour” partner, Wiz Khalifa appears on the single “Kush Ups” and on “Oh Na Na.”

Snoop Dogg’s Coolaid tracklist is below:

Snoop Dogg has released the cover art for Coolaid, which is set to drop July 1.

The Doggfather returns to his iconic illustrations with this cover. For Coolaid, the Long Beach legend is shown selling colorful drinks to colorful customers. There are nods to Crip culture as well.

Snoop Dogg is paying homage to a popular favorite as his new album is called Coolaid.

The Doggfather went on Jimmy Kimmel Live! to talk about the project, which is slated for a July 1 release. He explains why the album is titled with a “C” and not a “K” like the drink.

“I’m cool, you know and I’m laid back,” he says of the album title.

The Long Beach legend denies any affiliation with Beyonce’s LEMONADE album, which is also named after a drink.

Besides rebuilding his Doggy Style Records, Snoop Dogg is ready to release his next solo LP, more than 20 years after the release of the label’s namesake Doggy Style. The new album is slated to drop July 1, according to an Instagram post and Facebook live session that Snoop Dogg hosted today (May 23).

The Long Beach legend released his “Late Nights” single on 4/20.

For his new album, Snoop has been cooking with Just Blaze, who discussed the direction that they are working towards.

“Some of the stuff that I’ve been working on lately just kind of felt like an updated version of that old Death Row sound, kind of an updated G-Funk,” he says. “I just started working on these tracks and they had a lot of those similar elements, just felt like newer versions of that feeling.”

The Doggfather’s last output was Bush, which was released last May. This project was exclusively produced by Pharrell.

Snoop Dogg is set to embark on “The High Road Tour” with Wiz Khalifa, which starts July 20, where people can probably expect him to perform some of his new tracks.