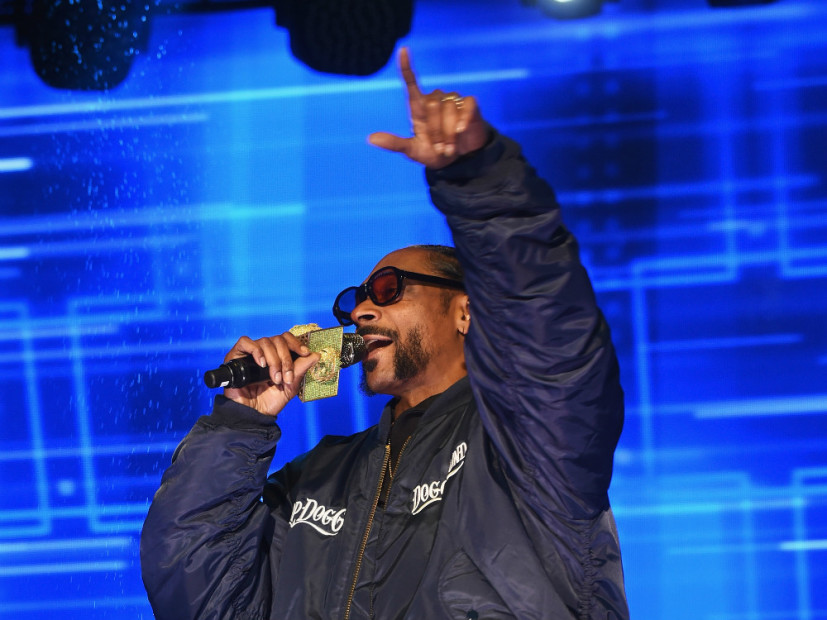 Snoop Dogg Thanks President Barack Obama For His Time In Office

Snoop Dogg has voiced his support for President Barack Obama throughout his eight years in office. With his second term in its final year, Rolling Stone asked the Long Beach, California legend and touring partner Wiz Khalifa who they will support to succeed Obama.

“I don’t give a fuck about that shit,” Khalifa says.

Snoop Dogg shares a similar blasé attitude about the current state of politics.

“It don’t matter which one of them motherfuckers is in the office,” he says, “we gonna still do what the fuck we’ve been doing ’cause that’s all we know.”

He says that he believes Obama made the most of his presidency and he appreciates how he has been out with the people.

“He’s been really going out with a bang,” the Doggfather says. “He’s doing barbecues, basketball games. He’s in there just really livin’ it up.

He cites Larry Wilmore calling the President “my nigga” at the White House Correspondents’ Dinner as one event that reflects the culture Obama has fostered.

“Thank you Obama for really setting the tone for whoever the fuck is coming in there next, which we don’t give a fuck about,” he says. “We just gonna live like you still up in there.”