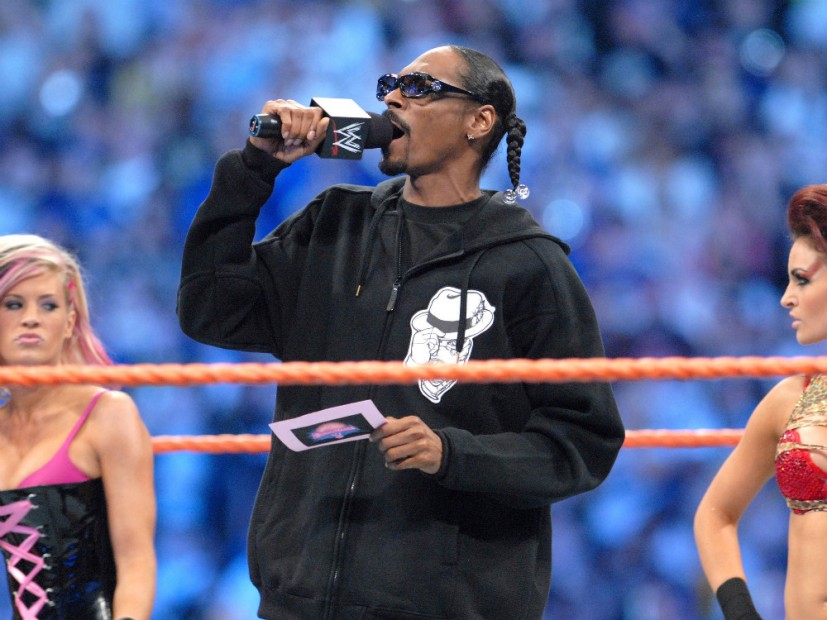 Dallas, TX – Snoop Dogg is now a member of the WWE Hall of Fame. The Doggfather was inducted as a member of the Class of 2016 yesterday (April 2) at the official ceremony in Dallas.

The Long Beach, California rapper shared his experience with multiple pictures on Instagram.

He posts another picture of himself and WWE Superstar John Cena.

Snoop Dogg received a Hall of Fame ring from Vince McMahon and Triple H as the celebrity inductee. The members of the WWE Class of 2016 are The Godfather, Jacqueline, The Fabulous Freebirds, Big Boss Man, Stan Hansen and Sting.

Watch a video of the WWE Hall of Fame Class of 2016 induction ceremony and Snoop Dogg’s Instagram posts below:

With N.W.A making headlines for its forthcoming induction into the Rock & Roll Hall of Fame, Snoop Dogg now follows suit for being tapped for a different non-Rap Hall, this one the WWE Hall of Fame.

According to the WWE website, the Long Beach, California rapper is slated to be welcomed as the celebrity inductee of the Class of 2016 at the official ceremony at 8 p.m. EST Saturday (April 2) at the American Airlines Center in Dallas.

Snoop Dogg’s cousin, Sasha “The Boss” Banks, is a member of the wrestling league and the Doggfather has participated in multiple events. At 2008’s WrestleMania XXIV, he served as Master of Ceremonies. He defended Diva Maria Kanellis by clotheslining Santino Marella when he tried to confront her after her Lumberjill Match with Ashley Massarro against Beth Phoenix and Melina Perez. The rapper shared a kiss with Kanellis after the punch.

He was also a guest host for Raw the following year. That event’s headlining matchup pitted John Cena against Triple H. Snoop got in on the action again when he beat down Chavo Guerrero while he was fighting Hornswoggle.