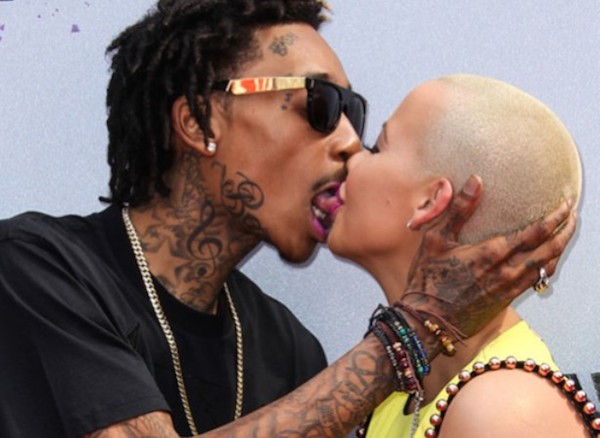 Wiz Khalifa and his estranged-wife Amber Rose appear to have reconciled.

Its been nearly seven months since the two filed for divorce, but recently reports have surfaced that the two are trying to settle their differences and peacefully raise their child, Sebastian.

Now, HollywoodLife is reporting that WWE wrestler and actor John Cena has helped Wiz get back together with Rose.

According to HL, Wiz spoke to John prior to his performance on the March 9 episode of Monday Night Raw in Wiz’s hometown of Pittsburgh, Pennsylvania. Cena’s conversation with Wiz ultimately inspired the Taylor Gang rapper to reach out to Rose.

Wiz reportedly asked his ex-wife to watch his performance on Raw and listen to his song “Go Hard Or Go Home,” which is featured on the Furious 7 soundtrack.

After hearing the song, Rose took to Instagram to share a heartfelt message to her ex-husband and followers.

“We went wrong somewhere and even if we never ever get back together ( Even tho I pray, dream and hope we do) he will forever be the love of my life,” Rose wrote.

Pictures of Wiz, Amber, and Sebastian spending time together during Easter weekend have surfaced via TMZ.

Check out Wiz’s Raw Performance below: