During an interview with Vlad TV, the Pittsburgh, Pennsylvania native said that the group has already finished recording the project and that all that’s left is to mix the songs.

“Yeah, it’s coming right after my solo album. We’ve already got the album done. We got so many songs, man. Only thing we need to do is mix it. We got singles… Everything is there, man,” he said.

Wiz, who is hitting the road this summer with label mate Mac Miller, also explained the crew’s movement. He referenced their recent group cover for The Source, calling it the “most swagged out cover of the last 10 years,” and said that their methods are unique to their artistry.

“It’s all about peace and love, and we’re bringing that, but we’re also bringing real hardcore creativity and music to the game, just like how the originators of music did. We’re not really sampling or taking away from anybody else’s methods. We do what we do. We’re in our own world. Nothing else even really exists to us. We’ve got all these songs that people don’t even know about, and we created a world and we’re just going to come and invade and kill everybody. They’re not even going to know what’s going on.” 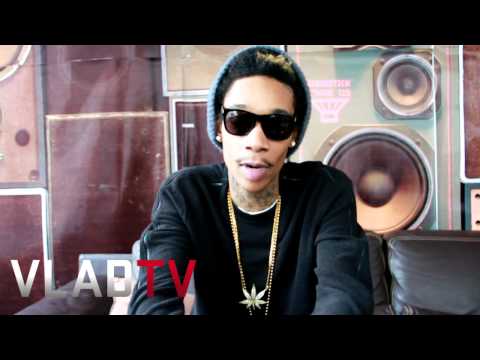