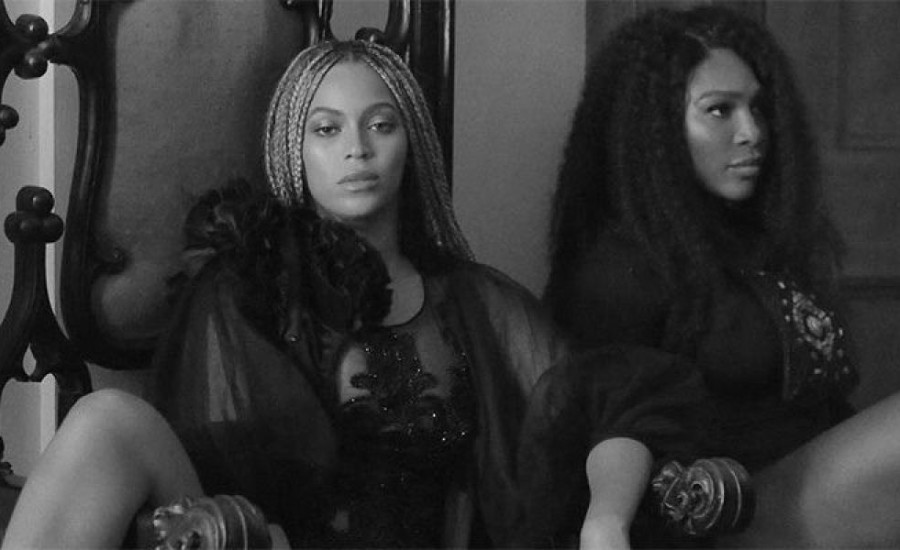 Rome – Serena Williams slayed in her cameo for Beyonce’s “Sorry” visual. The cut comes from Bey’s visual album Lemonade and Williams reveals how she wound up twerking for the Houston songstress, who advised the tennis player to just dance.

Serena‘s appearance in the black-and-white visual for the Melo-X-produced song, which addresses infidelity and calls out “Becky with the good hair,” was kept under strict secrecy.

According to the Washington Post, it was Serena’s personification of strength that called for her appearance in the Dikayl Rimmasch-directed video and was the impetus behind Bey reaching out to get the #1 woman in singles tennis for the brief cameo.

“I have known the director since I was like nine years old,” the top-ranked tennis player says. “I know Beyonce pretty well, so they were like, ‘We would love for you to be in this particular song. It’s about strength and it’s about courage and that’s what we see you as.'”

Filming “Sorry” alongside Beyonce would make anyone nervous and to help shake off the uneasiness, Beyonce was there to give the tennis behemoth some words of encouragement.

“She told me that she just wants me to dance, like just be really free and just dance like nobody’s looking and go all out,” Serena says. “So that wasn’t easy in the beginning, but then it got easier…I thought that particular song on the visual album was really a strong song, and it was also really fun at the same time.”