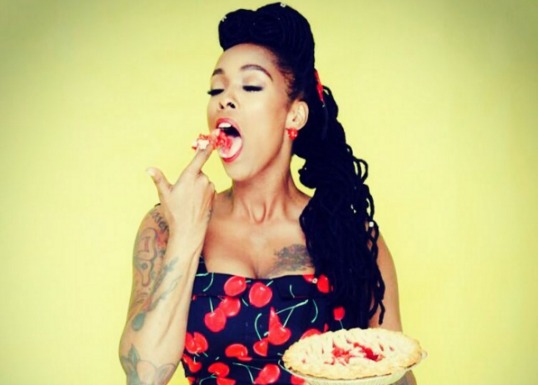 Atlanta, GA – Veteran shade-thrower Khia recently joined the list of pundits who weren’t feeling Beyonce’s emboldened sentiments on her Lemonade visual album and she also made it a point to make Serena Williams guilty by association for her part in the “Sorry” video.

During an interview on an Internet radio station in Atlanta, the Gangstress didn’t bite her tongue, when asked her opinion on Beyonce’s new record.

“Fuck her,” Khia quipped, targeting the megastar singer. “First of all the video was tired, and through, and long and it made black people look bad as hell. Bitch, you waking around with this blonde long ass hair but you want African queens and kings in your video.”

Khia, best known for her 2002 hit, “My Neck, My Back (Lick It),” went especially hard on the tennis legend, Williams.

“[She also] had Serena Williams as her goddamn jester, dancing and stripping for her. I can’t believe Serena got on there and was Beyonce’s prop twerking in a body suit in this long ass black slave ass video. Here you is black as a black juicy berry. And you getting in front of this hoe and letting her have her legs gapped open in the chair while you twerking for her like the slaves masters had us doing.”

The longtime rapper didn’t shy away from her commentary within the interview. She asked posted several bits on her Instagram page.

Naturally, the outcry created thousands of reactions, but probably none more prominent than The Game’s, who also proved he could be lethal with the slander.

“Bitch, don’t yo neck and back hurt?” Game asked, before adding “You got magazine pages taped to the wall, one droopy tittie bout to come out of a Target dress [and] them braids moonwalking off yo edges [and] you on her talking bout Bey…goin somewhere auntie face.”

Both Khia’s interview and Game’s Baller Alert-captured commentary can be found below.