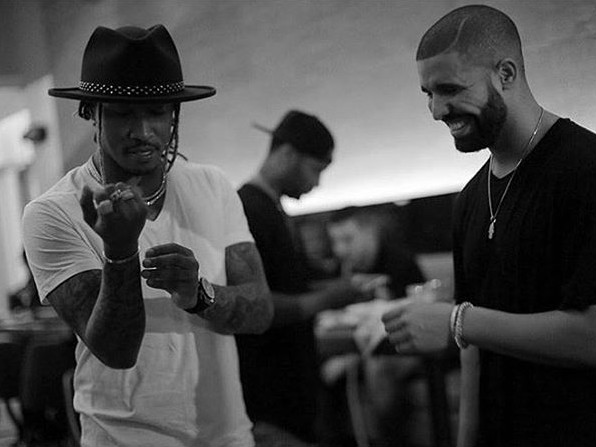 Both Drake and Future are offering VIP packages for fans who attend the forthcoming “Summer Sixteen Tour.” The packages are available as an option when buying tickets via Ticketmaster.

To meet Future for $500, fans will receive a seat in the first 15 rows, early entry, a personal photograph with the Atlanta rapper, a Future World Tour T-shirt, a pair of socks, a Freebandz bandana, pin set, patch, exclusive Future VIP merchandise item, double cup and a custom Freebandz hat. Future was named alongside Drake as one of GQ’s “Most Stylish Men In The World” for his hat savvy.

The “Summer Sixteen Tour” is set to kickoff July 20 in Austin, Texas and wrap up September 18 in Vancouver, British Columbia. Along the way, the duo is slated to play three shows in New York and Los Angeles along with two dates in Future’s hometown of Atlanta and OVO Fest in Drake’s Toronto.