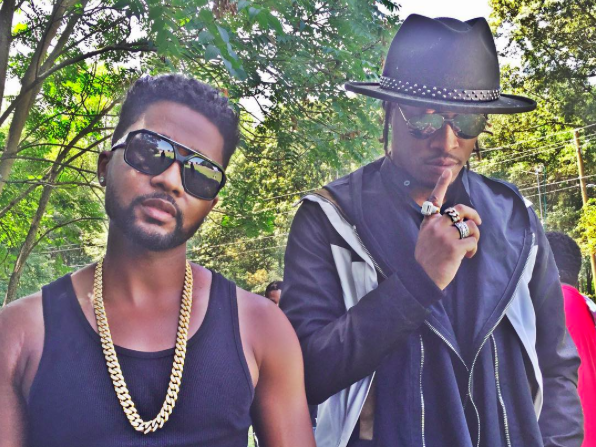 Future & Zaytoven Are Back In The Studio Creating New Music

Future teases fans on Snapchat once again with another snippet of fresh music. This time around, it’s a track produced by his longtime producing partner Zaytoven, XXL reports.

In the clip, you can hear the song begin gradually, aided by Zay‘s classic piano keys, and then picks up and includes more heavy bass drops and sharper snare snaps.

“Trappin’ out the ‘bando with a half an ounce,” the Dirty Sprite 2 rapper can be heard reciting.

Future Hendrix previously previewed some new music on Snapchat back in March.

The Atlanta trap producer and the Freebandz boss have been making music together since Future’s 2011’s Dirty Sprite mixtape and the trained pianist also put the production down on 2015’s Beast Mode.

It’s not clear where this new music will live. Zaytoven previously revealed that the rapper has already completed Beast Mode 2 and Beast Mode 3.

This weekend, it was announced that Future and Drake will be traveling the road together on the “Summer Sixteen Tour.” The circuit is scheduled to kick off July 20 in Austin and will wrap up September 17 in Vancouver.

The pair released the collaborative project What A  Time To Be Alive last Fall which landed the rappers a Platinum plaque and had Taylor Swift working out to the album’s cut “Jumpman” in an Apple Music ad.

What A Time To Be Alive is nominated for Best Rap Album at this year’s Billboard Music Awards, which is scheduled to take place May 22 in Las Vegas and will be hosted by Ludacris and his ex-fiancé Ciara, whom he shares a one-year old child with.

The preview of Future‘s new music produced by Zaytoven is as follows.

#future in studio with #zaytoven … Are y'all ready for his next album to drop already ??