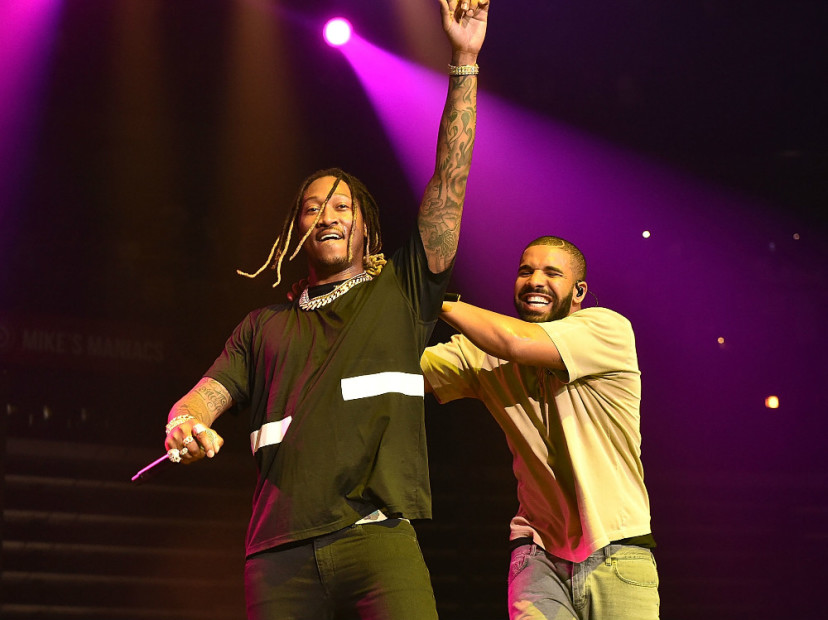 Drake & Future Selected Among GQ's "Most Stylish Men In The World"

Among GQ’s “Most Stylish Men In The World Right Now” are Drake and Future. Each rapper was given his own cover of the publication as the men’s magazine named 13 celebrities who are known for their fashion sense.

Drake is named “The Coziest Baller” for his casual style that has helped him build his universal platform.

“It means clothes that fit loose, so as not to constrict the swag,” the magazine says of the Toronto Raptors global ambassador. “Clothes that look appropriate for watching, or even playing, sports. Dressing this way is a power move. It says: I can get in anywhere without so much as a collared shirt, because I am me. Drake plays this look to the hilt.”

In October, Drake was named by Complex as one of the “Most Influential People In Sneakers” for his work with Jordan Brand and his trend-setting style.

Future is selected by GQ for his expertise with hats. The publication says that the Atlanta rapper has made what is widely considered “an old guy’s hat” a street savvy accessory that people want to wear.

“Context is everything,” the site says. “Future wears his geezer hats like a hipster, turning them into streetwear.”