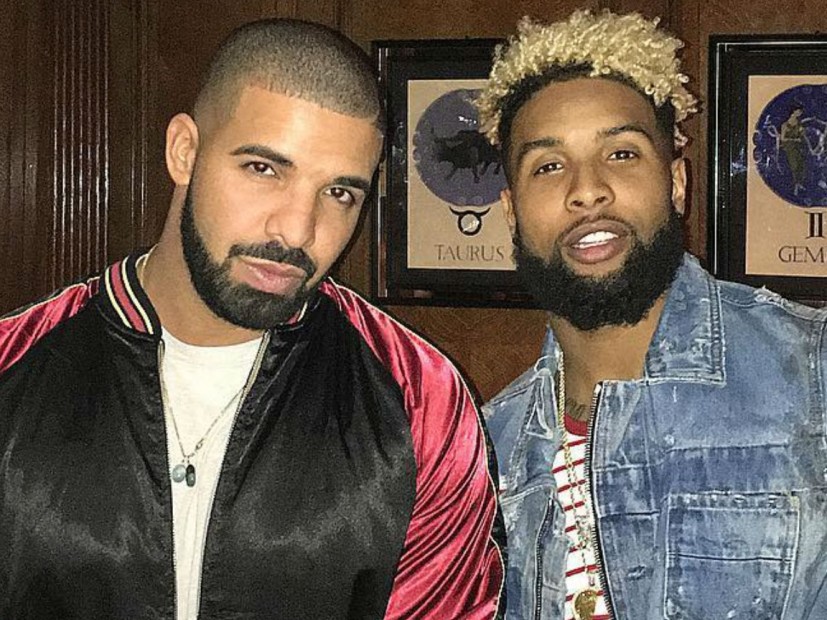 Odell Beckham Jr. reveals that he’s staying with Drake until he completes his Views From The 6 album.

As part of a Face 2 Face segment for DKTV, Odell Beckham Jr. was asked about his friendship with Drake, during a sit-down conversation with UFC fighter Ronda Rousey. Although the friendship between the two is relatively new, the New York Giants wide receiver says it’s a friendship that will last a “lifetime.”

He also revealed that he’s staying with Drake in his home until the Canadian singer/rapper completes his Views From The 6 album.

“That’s my guy right there,” Odell Beckham Jr. said. “That was the first time we really hung out…Just somebody who I’m sure you can relate to. Somebody whose mindset is the same as yours. And they want nothing but success. They want to be the best. We just clicked on a level like that. And this really was the start of a friendship that’ll carry through a lifetime. Weird enough, I’m actually staying at his place right now while he’s finishing the album. So, I’m just out there working out. He needs to chill out with that house that he’s got out there. It’s just too much going on.”

During his sit-down with Rousey, Beckham also discussed the ESPN cover in which he appears naked on.

“What had happened was the clothes that they had it wasn’t gonna be good for the shoot, so they just decided to shoot without ’em…This is hard work. That’s real sweat…It was a lot of fun doing that. A little discomforting, you walk in there and you’re really butt-naked,” he said.

Video of Odell Beckham Jr. speaking on becoming Drake’s new roomie, can be found below.