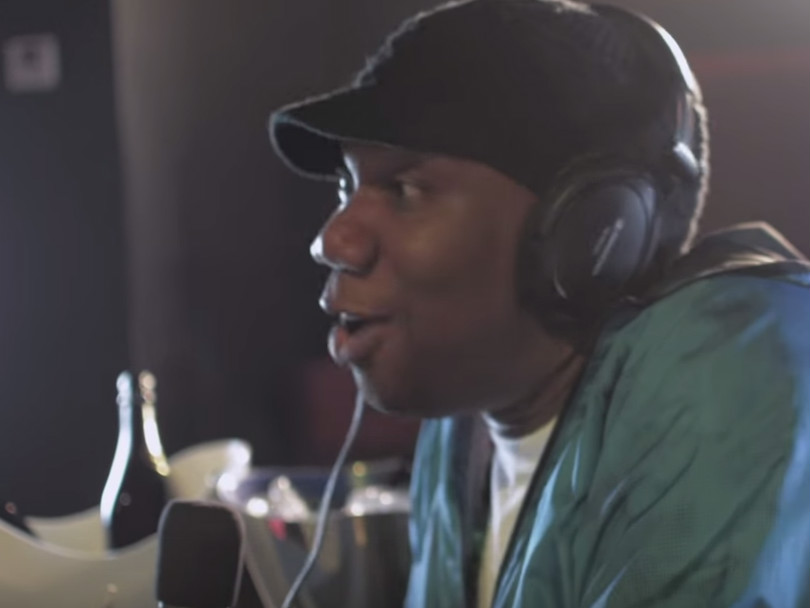 Drake is preparing the release of his Views From the 6 album with his beef with Meek Mill still lingering. The Philadelphia rapper called Drake out for reportedly using a ghostwriter to pen his verse for “R.I.C.O.” a cut from Meek Mill’s Dreams Worth More Than Money album.

While Drake and his OVO team brushed off the allegations, the question remains if Drake is a legitimate rapper if he doesn’t write his own rhymes. KRS-One says he is.

“If you’ve got a dope writer that can make you sound like something, go ahead and get with dude,” he says in an interview with N.O.R.E. and DJ EFN on the Drink Champs podcast. “The issue is writing. This is the issue, writing dope rhymes. I don’t give a fuck where it comes from. Writer, whoever. Some of the dopest dudes and I’m not gonna call no names, rhymes you say, ‘Yo,’ there’s secrets in Hip Hop. The dopest dudes had dude write for them. That’s not a problem. Now me, I never had the privilege of anyone writing for me. If Rakim came to me with a rhyme, I’d say that shit.”

He continues that there is a difference between rappers who write their own lyrics and those who don’t but it doesn’t mean Drake can’t be appreciated.

“It’ll never be ok with real spittas that write their shit,” he says, “but that’s our lane.”

KRS-One, who has had his own beef with MC Shan among other artists, says that the back-and-forth between Drake and Meek Mill made them more legitimate rappers. He says that in the age of social media, it is easy for any rapper to talk about his prowess without actually doing anything on the mic. He says that the new generation of artists is competing with legends like himself who are still hungry to make good music. He has special props for Drake who walks the tightrope between genres.

“I think it gave both of ’em credibility because for me as an MC, like when people say Top 5, everybody got their Top 5, you know what I’m saying,” he says. “But if you ain’t battle, if you ain’t did tours, if you ain’t put hits out, it you ain’t put somebody else on or came from a legacy that was wild, you ain’t even near the Top 5, so I’m looking for young cats today to really rise up to the criteria first….I like both of they lyrics by the way. Drake I think is underrated in terms of cause maybe he’s doing the pop thing or whatever. But his lyrics is still dope from an emcee perspective.”

Watch the video of KRS-One saying he doesn’t care if Drake uses a ghostwriter below: