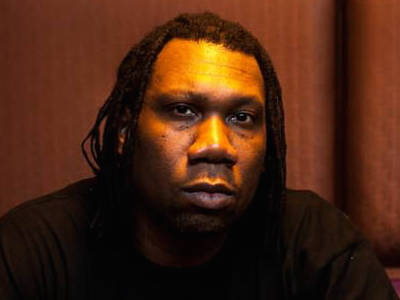 KRS-One: “The Ruling Class Of White People Are Psychopaths”

When asked about police brutality in modern America, KRS-One looks back through hundreds of years. In order to understand cases such as Trayvon Martin, the Boogie Down Productions rapper examines the foundation upon which the United States was built.

KRS-One points to Europe’s so-called Dark Age, when criminality became the governing force of society and the continent moved away from the divine right of kings doctrine (and similar ones) that had ruled much of the world for thousands of years. It was during this time, he says, that psychopaths came into power. These people are characterized as being antisocial, a lack of empathy and remorse.

“The ruling class of White people are psychopaths, literally,” KRS-One says. “This is backed up in medical information and what I’m speaking to is history.

“These criminals in Europe stages coups and military overthrows of the rightful kings of Europe,” he adds. “Once the rightful kings of Europe were taken out through murder, not more intelligence, not a better divinity, not because the people loved this person. None of that. They murdered the king. They murdered the queen, murdered the whole family. This was the criminal element of Europe now rising up. They feel they can just murder whoever the feel is in their way. Anyone putting law down, saying, ‘We have to live by this way or this way,’ this criminal element of Europe rose up and broke the law first. Then, rather than going to jail or be hung for breaking the king’s law, they killed the king and the queen and their families. Now this criminal element – some of which were thrown in jail, caught, hanged, killed – the ones that escaped, meaning not the ones that did the killing but that agreed with the philosophy – came over to the Americas. When they came over to the Americas, their concept was, ‘Respect no law.’”

KRS-One: A “Group Of Criminals Is What Governs The United States”

Thus, KRS-One contends, when these Europeans arrived in the Americas, they encountered American continents full of civilization, complete with fully developed cities, bustling trade routes and all sort of art and science. Once they took control and pushed their belief that the divine right of kings is a corrupt concept, they empowered themselves to become rulers.

“People like George Washington betrayed the king of England and sided with the criminals that were sent over and said to the criminals, ‘You’re not criminals anymore. You’re Americans. Join us on this idea and we will take this country from the English, from the British,’” KRS-One says.

“There is no law in the United States,” he adds. “Law is only the written oppression of the poor. That’s it. There’s no real law because real law is based on order. It’s based on the order of society. That’s why they say ‘law and order.’ There’s no law without order. There’s no order without law.

“These criminals were not interested in social order,” he continues. “They were invested in slavery, kidnap, murder, theft, extortion. This is what they were about, no rightful government that really tries to order its people through law. These people were willing to do anything to not be under law and order. So now we become a country, the United States of America has this criminal class that’s born generation after generation after generation after generation. They teach their children criminality. There’s no country in the world but America that promotes murder. No country does this.”

KRS-One: “Hollywood Is An Arm Of The Criminal Government”

KRS-One says Hollywood is the main way this agenda is pushed to the American public.

“Hollywood is an arm of the criminal government,” he says. “Hollywood is designed, it’s purpose is to guide the United State’s population through art and myth and poetry. So what do they give us a #1 guiding myth in this country? Kill. Kill. Kill. Look at Fast And The Furious. You have Vin Diesel, Ludacris, Latino and Black, a White dude who actually passed away [Paul Walker], going down to places like Brazil in the racing car underworld. What we’re rooting for is car thieves. If you’ve ever had your car stolen, you don’t root for no car thief. If you’ve ever had your window bashed in and your radio taken, you’re not rooting for no car thief. But here we are with a multi-billion dollar industry that promotes straight murder, straight theft, straight lies because that’s what they’re about.

“So, now you come to the police,” he adds. “So the police are supposed to uphold law and order.”

But where the police were initially entrusted with maintaining peace and public safety, KRS-One says it is better to view them as an arm of government.

Thus, KRS-One says, the police are encouraged to use force.

KRS-One On Police: “They Have To Shoot Us”

“They have to shoot us,” he says. “They have to because it helps with the workforce. It helps for people to go to college. It helps to say, ‘Trayvon Martin was a street kid. He shot himself, basically, because he was a street kid. So I need all of ya’ll now to start thinking about going to college.’ The solution is not kill the cops, not to get rid of the killer cops. The solution is, ‘He wasn’t in college. He didn’t have a job.’ He was not part of slavery, basically. So they make the whole population afraid that if they stay free, if they’re an entrepreneur, if they walk around free, then they’re actually going to now be shot or pulled over for no reason. These are people that follow the laws. We’re following law and the cop is pulling us over for no reason whatsoever. They just need to make a quota. It’s now out in the open. We’re saying now it’s not controversial.

“The reason the cops are shooting us down is because the government of the United States are still slave traders,” he adds. “They’re still slavers. We have not defeated slavery.”

KRS-One then refers to the 13th Amendment to the Constitution. It says, “Neither slavery nor involuntary servitude, except as a punishment for crime whereof the party shall have been duly convicted, shall exist within the United States, or any place subject to their jurisdiction.”

KRS-One says that the amendment merely relegates slavery over to the Justice Department, to the prisons.