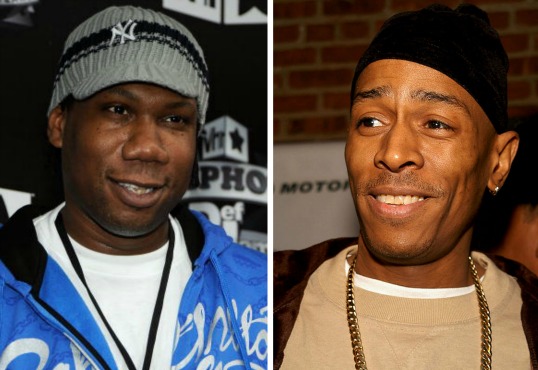 They say Hip Hop is a young man’s game and beef is a sport for rookies.

Once bitter rivals KRS-One and MC Shan have put all stereotypes on the aforementioned topics to shame by both releasing diss songs to one another within a 24-hour span.

It all began when Shan, 50, appeared on the Murder Master Music Show and his tone was anything but reflective when KRS-One’s name came up. According to Shan, he and KRS-One actually never battled, so he feels like a winner of the legendary Bridge Wars (which birthed classics such as “The Bridge,” “South Bronx” and “The Bridge Is Over”) was never truly determined.

“Me and [KRS-One] have never battled, ever,” Shan, (born Shawn Moltke in Queens) said, before citing the Boogie Down Productions architect as “his man,” and then proceeding to ether his existence. “I don’t care; any Hip Hop historian knows a battle is two cats on stage, doing what they do…Because I just went off on him a couple of months ago…I’m tired of you saying how you took me out and you ain’t never did shit!” he exclaimed.

One of the many ironies of the situation is that KRS-One linked with Juice Crew producer Marley Marl in 2007 for the album, Hip-Hop Lives, to put the longstanding feud to rest.

When word got out that KRS-One demanded an apology for Shan’s backhanded interview, Shan promptly responded with an a cappella freestyle diss on Murder Master that boasted engaging lines such as “I hear you Kris, you claim you the greatest of all times/But it sounds like to me you’s a nigga that suffers from Alzimes” and “The only thing you got locked down is your dreads.”

KRS-One, also 50, once went on record that he had diss raps ready for any notable rapper in the game, wasted no time ushering a response in the form of “Still Huggin A Nut (S.H.A.N).”

“Yo Shan is still huggin a nut imma do this fool watch,” he replied to the Ambrosia For Heads article on Twitter.

The end result was an equally blistering diss where The Blastmaster pulled no punches with digs like “Yo so wack, Let me say this for my black kids/Technically I didn’t take you out Shan—the crack did” and “You don’t even rap good/You the opposite of Nas/Just spell your name backwards.”

Listen to KRS-One’s diss record below. The only way this will ever be resolved is an on-stage battle. (Which neither party agree on how to go about making that happen.)