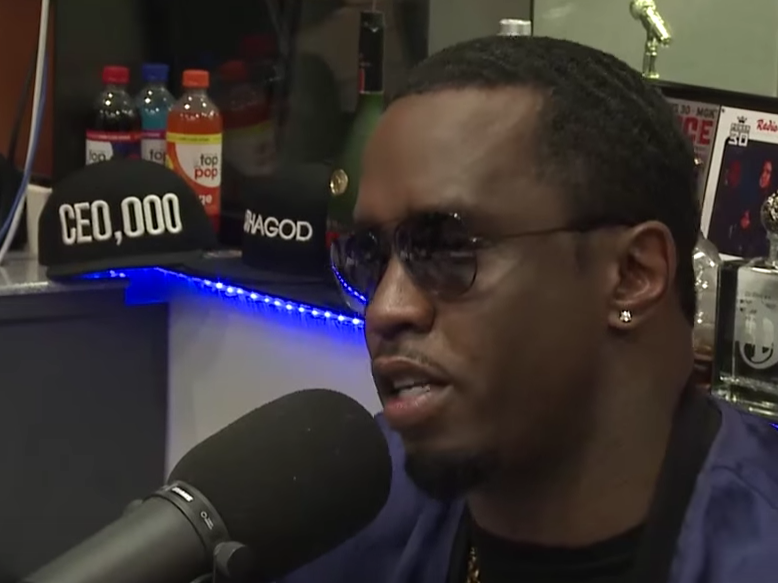 Puff Daddy Addresses Reports He Hired A Hit On Tupac

Puff Daddy has remained quiet on the subject until today (April 1), when he was asked by The Breakfast Club host Charlamagne to address the reports that he put a hit on Tupac.

“We don’t talk about things that are nonsense,” Diddy says. “We don’t even entertain nonsense, my brother. So we’re not even going to go there, with all due respect. I appreciate you as a journalist asking. Thank you.”

The radio show personality, and his co-hosts Angela Yee and DJ Envy, express appreciation for the Bad Boy Entertainment boss’s honesty and collected response to a controversial topic. Diddy says that he has grown a lot throughout his career and has been making a conscious effort to maintain his composure as he’s grown in the industry.

“I’ma tell you all this, this is very important,” he says. “I got this new hashtag. It’s called New Life. I had to start living a new life, man. The way I was approaching things, the way I was reacting to things, we all grow up. We all do things in ways that maybe you can do better. I’m just trying to figure out ways to do better. I know I’m in the public eye. I gotta handle all types of different stuff. You all have a job to do. It ain’t no problem. But I’m in control of what I say. I don’t get into nonsense. I don’t have nothing but love for everybody. God sent me on this earth to give life, to inspire life, to only do things that are positive. Any negative things that I’ve done, that’s the devil at work. At the end of the day, the devil’s a liar and I can’t feed into negativity or anything like that when I’m in control of myself. So I’ve gotta always be trying to strive and get better.”

In an interview with Pharrell on his OTHERtone radio show in August, Diddy shared similar comments about learning to only spread positivity as he’s journeyed in the music industry.

Elsewhere in the interview with The Breakfast Club, Puff Daddy gives a preview of the upcoming Bad Boy reunion show scheduled to be held May 20 at the Barclays Center in Brooklyn, New York. Even though the concert is being promoted as “One Night Only,” Diddy says that there will be more shows in other cities.

“We call it ‘One Night Only’ in each city, or each borough if we decide to push it out,” he says. “That’s really the vibe of it because when you’re dealing with this many people, you don’t know if it’s going to continue. So if you can, you need to get your tickets. It’s not just a concert. It’s a moment in Hip Hop and R&B history. It’s the first time the whole Bad Boy family will be together on one stage together.”

He says that Faith Evans, Lil Kim, Ma$e, The LOX, 112, French Montana, Carl Thomas and the rest of the Bad Boy family, except for Craig Mack, will be present. There was a small reunion at last year’s BET Awards, but Puffy says this show will be bigger. Jay Z and Missy Elliott, whom Diddy calls “extended family that was with us through all the ups and downs and everything,” are also slated to make an appearance.

The show is set to be held the night before The Notorious B.I.G.‘s forty-fourth birthday. Puffy does not shut down the idea of having a Biggie hologram at the show, but won’t reveal exactly how the late rapper will be honored.

The Notorious B.I.G. died March 9, 1997 after being shot outside a Los Angeles party. Diddy reflects on what the rapper would have accomplished were he still alive.

“He’d definitely be doing his thing,” he says. “I think he would’ve stopped rapping by now and and been just really a businessman.”

He references the fact that Biggie convinced him, as an executive, to allow him to go and start his own imprint, Undeas, with Lance “Un” Rivera.

“We were very protective about our relationship,” he says of his work with Biggie. “We really separated the two. I wasn’t really involved in his other business or anything like that. If anything, I motivated him to go and do that over there because it was like his own individual imprint and if that was his dream, I didn’t want to overshadow that dream.”

Puff Daddy says he feels a great sense of pride about bringing Bad Boy Entertainment to the stage in Brooklyn.

“It’s going to be a moment in history because this is the first and only time that we’ve ever been in Brooklyn,” he says. “There’s so much heritage and history. It’s Biggie’s birthday. You’re talking about 20 years of hits, man. Hits that celebrate the culture of this city, everything that we was brought up on, the fabric of our hustle and everything that we represent is gonna be on there.”

Watch the full interview of Puff Daddy addressing the reports he put a hit on Tupac and detailing the upcoming Bad Boy Entertainment reunion below: