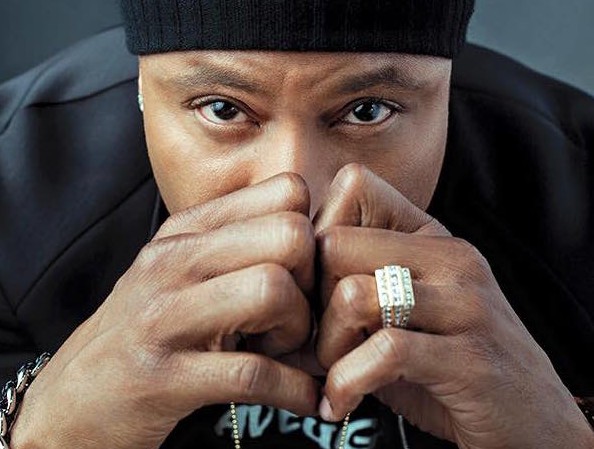 LL Cool J says that he has a collaboration with Eminem that will be featured on his forthcoming album.

“He actually did his vocals and everything,” LL Cool J says of Eminem during an interview with Billboard. “It really happened. I want the overall project to be good. Em is my man and I love him. He’s also a friend of mine, so we’ll definitely get it poppin’. The world has been waiting for that. They’ll get it the right way and it’s gonna be amazing.”

LL Cool J says that he doesn’t remember much about the first time he met Eminem, which Eminem said during a prank call was at a Foot Locker. Nonetheless, the Queens, New York rapper appreciates Eminem’s love for Hip Hop culture.

“He’s such a student of Hip Hop,” LL Cool J says. “He knew all of my music. He called up the radio station singing ‘Go Cut Creator Go’ and that’s a song nobody knows until you’re a diehard LL aficionado. Every time I’ve met Em, he’s had a great spirit. We’ve hung out many times. When I got my [Hollywood] star, he did something cool for me — he bought me a cool ad in a mag. He’s always given me love. I respect and appreciate what he’s done in his career. It always made me feel good to see somebody that I inspired take it to that level. These are the kinds of people that, at one time in their lives, saw me on TV and they were rapping along then went on to have such a illustrious career. I love Em and look forward to including him in this next project.”

“I want to give this era a taste of LL Cool J,” he says. “With Hip Hop today, in this era, I feel like I have to make a contribution. I’ve made a contribution in every other era. I haven’t made a high powered one in this era yet. I look forward to doing that. I think it’s going to set a standard for the culture in general. It’ll make things a lot more fun.”

During an interview with HipHopDX this week, LL Cool J said that his forthcoming material isn’t a musical revival.

“I don’t have ‘bring back’ anything,” the rapper, who also appeared on Dr. Dre’s “The Pharmacy” radio show this weekend, said to HipHopDX. “I’m just going to do what I do. But I know the Hip Hop culture needs me because their is a void there and people think that just because somebody makes a song that has a female appeal they think that’s ‘LL Cool J’ and when you don’t have the real LL to compare it to, it’s easy to make those comparisons. So I realize that the game needs me. I’m clear [as to what] it needs from me. It doesn’t need me to come in and play games and experiment. It needs me to come in and kick their ass. So I’m gonna do that.”