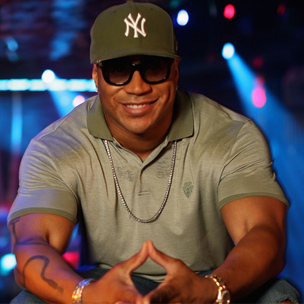 “I’m grateful,” the rapper-actor said at the event, according to CBS Los Angeles. “This is pretty big for me.”

Puff Daddy and Queen Latifah joined LL Cool J at the ceremony, which took place in front of the Hard Rock Café on Hollywood Boulevard in Los Angeles.

The Hollywood Chamber of Commerce announced the Walk of Fame Class of 2016.

LL Cool J was revealed as one of the members to receive a star on Hollywood Boulevard. The rapper will receive his honor in the Recording category alongside singers Bruno Mars, Cyndi Lauper and Adam Levine.

The rapper has hosted the Grammy Awards four times and has also worked as an actor in television and film, appearing in NCIS: Los Angeles and Any Given Sunday, among other projects.

Hart also creates his own movies through HartBeat Productions. Let Me Explain has grossed more than $32 million in two years.