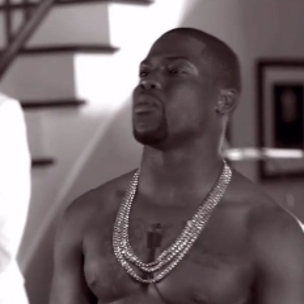 Kevin Hart stopped by The Breakfast Club today (January 16) to talk about his The Wedding Ringer movie (which arrives in theaters today), a new comedy special he is working on and his perspective of his career.

“I think I’m probably one of the dopest individuals on the planet,” Hart says. “I really gave it some thought. I think I’m in the top two.”

When asked who is the first, his answer is Jay Z.

“When I talk to Hov, it blows my mind at how that man keeps challenging himself,” he says.

He tells a story about Jay Z telling Hart that he made it big because he showed up to Hart’s show at Madison Square Garden.

“A hundred percent the funniest thing I’ve ever seen in my life,” the comedian says. “Hov shook my hand. He’s like, ‘How’s it feel, yo?’ I’m like, ‘What do you mean the Garden? I’ve sold out the Garden twice.’ ‘No, no, no, to have me come? How’s that?’ Listen, you wanna say something, but then think about it.”

“If they are doing that movie, shoutout to Spike and Drake,” he says. “It’ll be dope, but I’m not in it.”