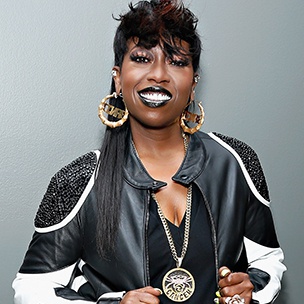 Missy Elliott speaks on the impact Puff Daddy had on Hip Hop, during interview on Beats 1’s OTHERtone show.

According to Virginia rapper Missy Elliott, Puff Daddy’s impact on Hip Hop came from his ability to intertwine Hip Hop and R&B. The musician spoke on the matter after recalling the moment when Puff convinced her to return to rapping.

Missy says she initially wanted to have her own label, and focus on writing and producing, but was asked by Puff to appear on Gina Thompson’s “The Things You Do” record.

“I wanted to have a label,” Missy said. “And just have artists. And do writing and producing. And I happened to be in the studio one day with Faith Evans. And I was working with her. And he came over and he was like ‘Yo money, you still rap?’ And I’m like ‘Kinda’…And he said ‘I got this record that I want you to hop on.’ And I was so nervous. Cause you gotta think, Bad Boy was on fire. You got Biggie on your roster. You got Total. Faith Evans. Every hot person ever.

“So, I said ‘Can you please just let me do it by myself?’ Cause I’ve never recorded in front of anybody,” she added. “Not even Tim…He came out like ‘Yo money, what the fuck did you say? Hee-hee-hee-how. What kind of shit is that?’ And little did I know that was gonna be the tagline every time…I don’t think Puffy even knows what he did for Hip Hop. Cause he intertwined Hip Hop and R&B. And he made it so that people weren’t intimidated.”

With producer Pharrell Williams serving as one of the hosts of OTHERtone, Missy also spoke on her relationship with the producer. She applauded Pharrell for being a sincere student of music, and recalled linking up with the musician around the time of her Super Bowl performance last year.

“He’s always studied music,” Missy said. “And a sincere love of the Hip Hop culture. And so, when we did ‘On & On,’ he was the one that came up with the melody. And made it cool where it didn’t feel dated. I worked very closely with Tim. Tim is one of those people that I always thought got me. But I said ‘If it would be anybody else that I would work with as a producer, it would be P.’ Cause that’s the only other person that I think could get me…Before the Super Bowl, P hit me about doing the BET Hip Hop Awards with him. Then P hit me like ‘So, what you doing? I wanna get in with you.’ And who says ‘I’m busy. I’m booked.’”

Video of Missy Elliott speaking on her relationship with both Puff Daddy and Pharrell Williams, can be found below.