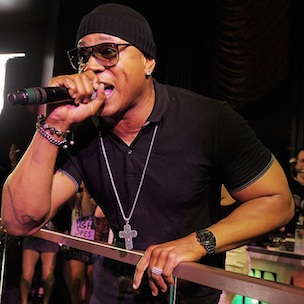 In a recent conversation with RapUpTV, LL Cool J confirmed that his upcoming project, G.O.A.T. 2 will feature a guest appearance by Eminem. “Me and Em have a song,” says the Queens-emcee. “He recently just let me hear his verse and it’s crazy. He’s chainsawing shit. It’s good. I think people are going to be pleasantly surprised when they hear me and him on a record together. This is the first time we ever did something together.”

LL Cool J also revealed that T.I. and Fred The Godson are also featured on G.O.A.T. 2, which currently does not have a release date.

“We just got together just talking, vibing,” he said about his collaboration with T.I. “He had an idea that he wanted to send me. I thought it was a crazy idea and we just collaborated and put something together that I think people are gonna bug out on. It’s gonna be trippy. I got a lot of young gunners on this album—a lot of real hot young gunners. People that that are hungry and want to make the best music. It’s about the beats and the bars and the rhymes. It’s about being current and fresh and riveting—not a bunch of old tired 95 nugget ring bullshit. It’s newness. It’s fresh.”

For more on Eminem, view the DX Daily below: