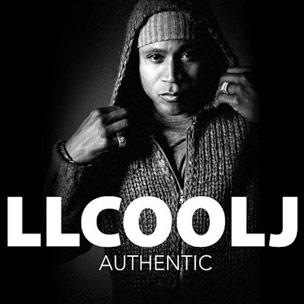 Authentic serves as LL Cool J’s first album in five years as well as his first sans a Def Jam backing. In between his continued role as Special Agent Sam Hannah on “NCIS: Los Angeles” and a second consecutive year hosting the Grammy’s, one of Hip Hop’s earliest pop-stars seems intent on reminding the entertainment industry how he first entered the spotlight nearly 30 years ago. A young LL originally broke ground with his signature blend of tough-guy bravado and whispering loverboyness in the late ‘80s, transitioning into the dual role of rapper-actor in the early ‘90s. The Queens emcee’s career has lately been defined by his TV and film appearances more than his music. Still, the rapper’s early classics and songs like “4, 3, 2, 1” from his 1997 album Phenomenon hold a special place in Hip Hop history (not only for its booming features but also for spawning LL’s famous feud with Canibus). In some ways, another LL record is an inspiring display of Hip Hop longevity—it’s hard to imagine another artist who’s had albums executive produced by Rick Rubin, Marley Marl and 50 Cent—but at the same time, Authentic, particularly with it’s originally cringe-worthy working title, Authentic Hip Hop, seems more caught up with reminding listeners of its star’s continued relevance than it is about the music itself.

The album opens with a bouncy and synth-driven club production that finds LL referencing, strangely enough, bath salts. Maybe there’s a cleverly hidden metaphor or innuendo lying within, but it’s hard to read too far into (or not laugh at) his mix of aggressive delivery and strangely random bars: “Slip into the bath salts / Not because I have to / It’s because I’m a bastard / And I got the game mastered / Eardrums are dealing with harassment…” The next track, featuring LA-based pop group Fitz and The Tantrums, features slightly cheesy and ‘80’s-tinged drum programming alongside an unoriginally anthemic hook (a similar ‘80’s aesthetic, and not the one LL launched his career with, plagues the later track “Give Me Love” featuring Seal). The rapping here, like much of the rest of the album, is simple but on point despite the staleness of the content itself. Authentic largely jumps back and forth between romantically intimate tracks like “Closer,” featuring Monica—most of which end up sounding generically similar and lack nuance—and in-your-face bragging on songs like “Whaddup” without ever settling into a logical groove. The album’s best stretch finds LL in a convincing niche of adult contemporary R&B that first begins with an Earth, Wind & Fire feature on “Something About You” and leads into the Bootsy Collins helmed “Bartender Please.” Still, a total of six features on these two tracks, even when anchored by the previously mentioned R&B and Funk legends, ends up feeling overloaded and busy. Ultimately, there are too many features to mention—four artists pull two separate features each on a 12 song record—but the token appearances of Eddie Van Halen and Snoop Dogg—both of whose initial spots sound tired and uninspired—are particularly grinding. Thankfully, the Brad Paisley-assisted “Live For You” closes out the album. While still corny in its lyricism and execution (“No matter how you feel, where you are / Just know that I love you girl, I do / They tried to say I wasn’t good enough / But I swear you won’t find another / Just know that I love you girl, I do / I live for you…”), it manages to at least escape the infamy of their other recent collaboration “Accidental Racist.”

After building nearly half of his musical career on a brand of sentimental R&B Rap—a venture that originally landed him criticisms of being too soft—it’s hard to knock LL’s choice of subject matter. The problem is that even when leaning on this admittedly repetitive content, LL seems either entirely out of pocket or plain-old complacent. Worse, overall the production leans towards an unexciting blend of Pop-Rap. Unfortunately, Authentic suffers the same fate as LL’s other late-career missteps: too many features and a superficial brand of R&B bog down another release from one of rap’s earliest superstars.