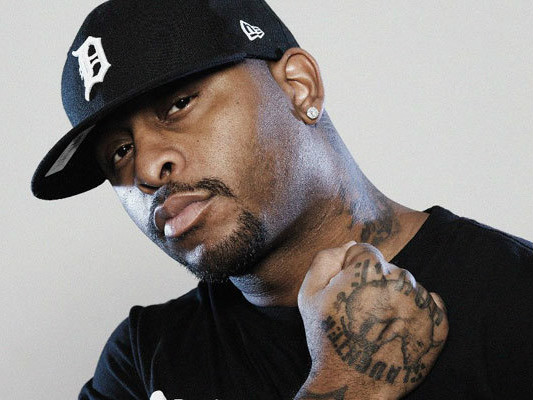 (The most recent post in this thread was published March 3, 2016. It is as follows.)

Royce Da 5’9 has unveiled the cover art and tracklist for his forthcoming Layers album via a press release. Layers is set for an April 15 release.

The Detroit rapper‘s project is slated to have 17 tracks. Pusha T and Rick Ross are listed as features on the title track.

Production comes from S1, Mr. Porter and Jake One.

Layers will be Royce’s first solo album since 2011’s Success Is Certain.

(This article was first published on February 26, 2016 and is as follows.)

The project is slated to drop April 15. Royce Da 5’9 and Mr. Porter serve as executive producers for Layers.

“This album is a reintroduction to Royce 5’9 but also an introduction to Ryan Montgomery,” the Detroit rapper says to Ambrosia For Heads, referring to his government name. “This album is actually the first ‘layer’ of many that will be revealed this year. By the end of 2016, I want people to really get a chance to know me.”

Layers will be Royce’s first solo album since 2011’s Success Is Certain. That same year, he and Eminem reunited for Bad Meets Evil’s Hell: The Sequel. Since then, he has continued to make music with Slaughterhouse, a group with Joe Budden, Joell Ortiz and KXNG CROOKED. He also released a project with DJ Premier under the name PRhyme.

“There are a lot of pros and cons to working by myself and working in a group capacity,” Royce says. “A con is I have to do a lot more writing by myself. When your writing a song with three other people you don’t have to do as much work. I’m inspired by other artists, so that’s a plus, but when I’m working alone it’s 100% what I want to do which could be cool too.”

Listen to a clip of “Hard,” which is slated to be on Layers, below: