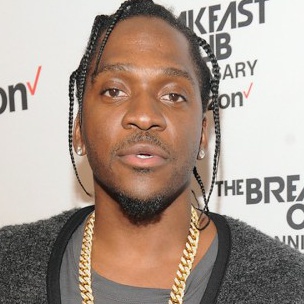 Pusha T Speaks On The Clipse Discovering Their Hipster Audience

Pusha T speaks on finding the Clipse’s niche with release of Hell Hath No Fury.

Although the Clipse’s sophomore album, Hell Hath No Fury was preceded by Lord Willin’, Pusha T revealed that the group didn’t find their niche until the second album was released.

During his “VICE Autobiographies” episode, the Virginia rapper revealed that with the release of Hell Hath No Fury, the Clipse’s hipster audience was uncovered.

“I remember on the Clipse’s sophomore album, Hell Hath No Fury. And we were doing press around the album,” Pusha T said. “And the write-ups were so good. The blogs were clamoring about the Clipse. We just found our niche with that album. We found out who exactly our fans was. We started off solely in the streets. And then we sort of just found these college, white, internet monsters. We even had a name. They were called the Clipsters. Like hipsters. But it was the hipster bunch that was all about the Clipse. And they were all about us. And we embraced ‘em as well.”

In the documentary, Pusha T also recalled the moment he wrote his first verse. He says he was with his brother, No Malice and Pharrell Williams at Chad Hugo’s house when he first put his pen to work.

“As a creative, I was just copying all my favorite artists,” he said in the film, which is running on Verizon’s go90 streaming service. “And I looked up to anybody who was on a Clue tape. Whether that be Fab. Whether that be Jadakiss, The LOX, Mobb Deep, Wu-Tang. I was just trying to just be better or realer or whatever I thought that they were. I had to outdo it…We would all go to Chad’s house. And primarily it would be my brother and Pharrell writing raps. Pharrell making beats. And one particular day I just was like ‘Man, I’mma write.’ And I just wrote a verse. And everybody loved it. And I was like in high school, probably.”

Vince Staples, Ty Dolla $ign and D.R.A.M. are among the other artists who have done VICE Autobiographies episodes.

Video of Pusha T speaking on the Clipse finding their niche, can be found below.