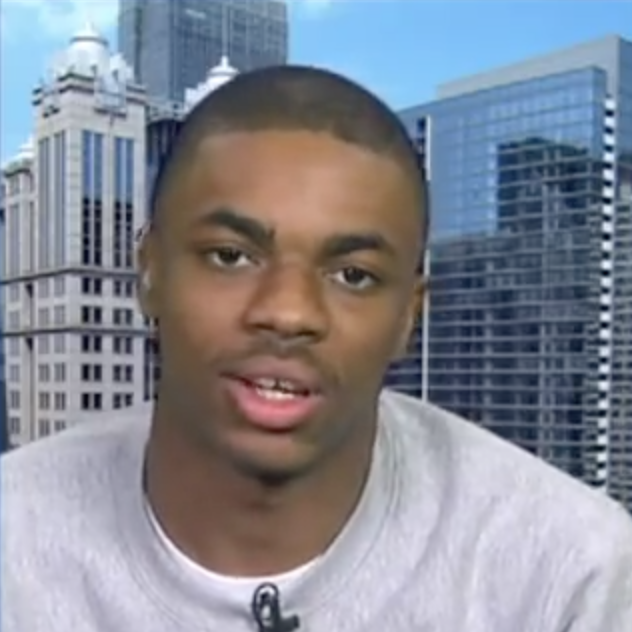 Vince Staples appeared on ESPN’s “Highly Questionable” yesterday (January 7) and spoke about life growing up in Long Beach, California. He explained the influence of Snoop Dogg‘s music on the youth of the city.

“That kind of directed our path,” Vince Staples says, “along with other things, just getting into the gang stuff, the trouble stuff, all the things that kids fall victim to just being in the wrong place at the wrong time.”

The “Señorita” rapper says that Long Beach, which is often associated with gang culture, was defined by more than music, but was a result of a systematic structure. Staples says social activism, led by Bunchy Carter and others, helped create today’s climate in the city, which has lost some of its original intention.

“Gang life is something that’s just a part of our community, where we come from,” he says. “If you think about history of Black people and Hispanic people in Los Angeles County or Southern California in general, that’s one of the only things we have culturally and spews from things that had a positive message… All these people we know as political activists, which people don’t know kinda sparked that whole identity of gang life. It’s just part of our culture and with idle time and immaturity which comes from being a child, you kinda fall into the wrong things and especially with the wrong guidance. Things sorta get diluted the longer they’ve been separated from their origin. It’s just something that’s already there, but if you have nothing better to do, you often find time to do the wrong things and that’s just kinda where that fell into play.”

Staples offers the options that he tries to implement in order to bring change to an area troubled with violence. One of his best friends was murdered at the age of 15 and he says that of his friends growing up, only himself and one more man are alive or not serving a life sentence.

“I don’t think it’s something that you extract yourself from,” he says when asked how he distances himself from gang culture. “I think it’s something that you move on from for the simple fact that these things aren’t based in crime or wrong or things like that. These things are based in being a part of a certain community and the only way to get away from that community is to literally leave that community or try to better the community…If I’m one of the only ones that’s left, I might as well try to tell somebody about it or do something about it ’cause my parents and my grandparents, my family taught me a lot of things along the way.”

After the interview aired, Staples took to Twitter to say that the conversation was also about basketball and Los Angeles Clippers point guard Chris Paul.

“They edited out the part where I challenged Chris Paul to come get these buckets. #ESPN #VSPN” he writes.