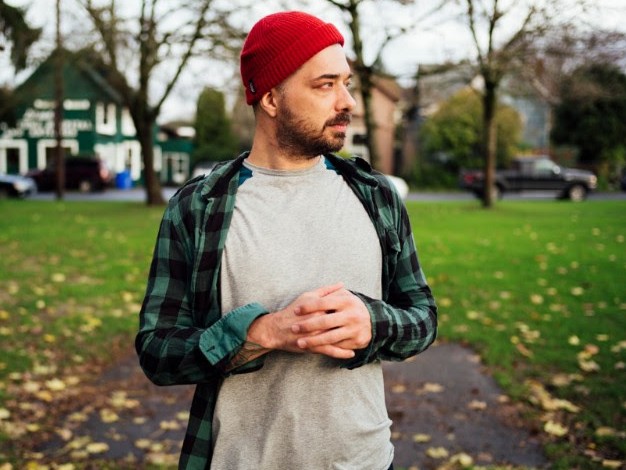 Aesop Rock’s The Impossible Kid album stream has been released in an unconventional way. Due in stores Friday (April 29), the project is available via a video remake of Stanley Kubrick’s 1980 film The Shining that is carried out by a series of dolls and is posted on Rhymesayers Entertainment’s YouTube page.

Even with his homage to one of Kubrick’s most acclaimed films serving as the visual accompaniment to The Impossible Kid stream, Aesop Rock says that the content of his new album is rooted in his life experience, as has been the case with much of his material.

“No matter how abstract or direct I’m being, or what the subject matter, it’s all kinda rooted in the pool of experiences I’ve gathered,” Aesop Rock says during an interview with Noisey. “I think different things become important to talk about in different phases of my life, but I can’t say there is a conscious shifting of my approach. I just kinda reach for whatever is available at the time. I sometimes jot down a song idea—but when I go to actually write it, the bigger picture of how I’d make the song happen just eludes me. The lyrics just aren’t there. It’s really been about what’s ready to come out, as opposed to what I think is a good song idea.”

The Impossible Kid tracklist with time codes noted and album video stream are as follows:

(The original post in this thread was published February 17, 2016. It is as follows.)

The LP from the Rhymesayers rapper is slated for an April 29 release. It is said to have 15 tracks, which are also produced by Aesop Rock. The project’s lead single is “Rings.”

The Impossible Kid was recorded in a barn as Aesop Rock sought refuge from life’s circumstances.

“On this album, Aesop continues to find new ways to improve on the skills that have made him one of the kings of indie Hip-Hop,” the label says in the release. “His creative process now includes a newfound willingness to open up about his personal life, going deep on topics like depression, his sometimes rocky relationship with his family, and the turbulent handful of years following a friend’s death that culminated in Aesop leaving his adopted home of San Francisco.”

This is the rapper’s first solo album since 2012’s Skelethon. He has since worked on collaborative projects, including LICE with Homeboy Sandman.

Aesop Rock’s The Impossible Kid is available for pre-order on iTunes.

Aesop Rock’s The Impossible Kid cover art and tracklist are below: