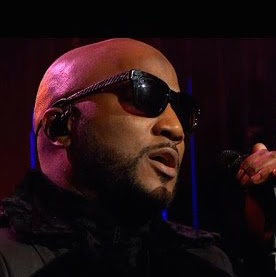 CNN’s Don Lemon spoke with Jeezy on Wednesday (December 23) to premiere the visual for his Church In These Streets cut “Sweet Life” featuring Janelle Monae and to discuss his thoughts concerning the Black Lives Matters movement, which rallied at the Mall of America in Minneapolis to protest the killing of Jamar Clark by police.

After Mall of America officials blocked movement members from protesting, the group moved on to the Minneapolis St. Paul International Airport.

“I think that if it only took 20 people to get the attention of CNN and the rest of the world, they’re off to a great start,” the Atlanta rapper says says. “I definitely support the Black Lives Matters movement. I think the mall should have handled it a lot differently because now you got this and it’s going to continue to grow as it should because now we got to raise awareness. It’s the holidays and they’re still pushing this movement.  You have to respect that.”

Jeezy also shares that he lost a friend due to gun violence recently, calling the streets a “war zone.” He attributes this reality to the lack of leadership within the streets and expresses how Hip Hop helps with the movement.

“The music that we are making these days is actually helping spread that word, the Black Lives Matters movement,” the 38-year old CTE World executive says. “You got Hip Hop and all these different leaders involved because it’s getting out of control and it’s something that we don’t want to see. Gun control? Of course I don’t want to come home and come off the road and hear one of my friends or my loved ones being murdered for no reason so I’m all for it.”

Elsewhere in the interview, Jeezy shows his support for Hillary Clinton while slamming Donald Trump for using the race for self-serving purposes.

“Donald Trump is clearly, whether he wins or loses, Donald Trump, he’s doing this for business,” Jeezy says. “He’s doing this for his brand and we all know that because you’re sitting back watching somebody that should have been put out of the race a long time ago because of his actions.”

To see Jeezy voice support for the Black Lives Matters Movement in the CNN interview, watch the following: