Earlier this week fans got a trifecta of albums from Joey Bada$$, Lupe Fiasco, and Lil Wayne on the same day. Joey Bada$$ spent much of the week promoting his debut, stopping by Sway in the Morning and giving fans a peek at his first experience with virtual reality. Lil Wayne’s mixtape also confirmed speculations about his current beef with Cash Money and Wayne took the occasion to officially diss his long-time label. Late in the week, Shady Records also released a video for the Shady XV lead single “Detroit Vs. Everybody.”

Lower down the list, Chris Brown releases a video for his Kendrick Lamar-featuring X single while Hollow Da Don and Honey Cocaine each drop off new music for fans.

Shady Records Releases Video For “Detroit Vs. Everybody”

Months after the song originally dropped, a video to accompany the Shady XV hit has been released by Eminem and Shady Records. The black-and-white visuals match the gritty track and spotlight each emcee as they spit their respective verses in their shared hometown.

With the release of his latest mixtape meant to tide fans over during the delay of his Carter V album, Lil Wayne takes the first few moments of his new Sorry For The Wait 2 project to confirm his riff with Cash Money Records and diss the label outright.

On the mixtape’s first track, a remix of O.T. Genasis’“CoCo,” Wayne claims responsibility for Cash Money’s ongoing success and alludes to the label throughout: “Tha Carter gon’ be late so I cooked up a tape,” he says in the intro, “The garden’s full of snakes so I had to escape.”

Joey Bada$$’s debut album finally hit shelves earlier this week and the 20-year old emcee has spent the week promoting the release. Appearing alongside Rik Cordero, Joey was filmed using a virtual reality set for the first time and seemed to amuse himself with some adult-themed visuals. Just days later, Joey also stopped by Sway In the Morning and offered up a performance of a loose track that didn’t make the album.

3. Joey Bada$$ Reacting To Virtual Reality For The First Time

9. Joey Bada$$ Performs “Born Day” On Sway In The Morning 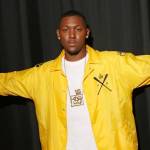