This week ‘s Top 10 is anchored by a handful of HipHopDX exclusives and includes a breakdown of the latest news about Lil Wayne’
s < /a> status at Cash Money and Birdman’s alleged decision to not let him off the label. At the top of the list though, Cassidy’s rematch battle against Dizaster leads the pack. In the next DX Daily, we cover the rise and fall of viral sensation Bobby Shmurda, who was recently arrested with a handful of other GS9 members earlier this month.

After months of lead – up, Cassidy and Dizaster finally battled at a rescheduled matchup in front of a small audience in L.A.The match was easily the biggest of the year in battle rap, and likely the biggest of the modern era of the industry as well.Shortly after, < a href="http://battlerap.com/news/2014/12/6659-cassidy-dizaster-rematch-just-3-0ed-dude" > Cassidy told BattleRap.com, “I just 3 – 0′ ed that dude.” < /a>

At the top of the week, a source close to Cash Money records told TMZ that Birdman has no plans of releasing Lil Wayne from his label contract and added that the rapper ‘s Tha Carter V album will be released on their own schedule. Catch up on the latest news below.

DX Breaks Down The Rise & Fall Of Bobby Shmurda

With the arrest of Bobby Shmurda marking one of the year ‘s biggest headlines, we broke down the entire story in a DX Daily entirely dedicated to the story. Rising rapper Bobby Shmurda has been arrested and charged with reckless endangerment, criminal possession of a weapon, criminal use of drug paraphernalia, and more. Authorities say the rapper is a member of Brooklyn Crip gang GS9. 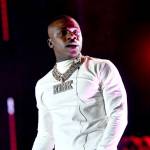 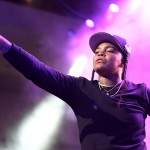