As part of a nearly 45-minute long interview with Power 105.1’s The Breakfast Club this week, Slowbucks addressed the now notorious altercation at Summer Jam and the events that immediately followed.

According to the former G-Unit affiliate, he has “no beef with 50” and had no idea there was any issue with the Queens rapper. Especially one that would have resulted in what took place during 50 Cent’s set at Summer Jam on June 1.

He also added that he doesn’t believe that his picture with 50 Cent’ son, Marquise Jackson caused the Summer Jam incident.

“It’s no beef with 50,” Slowbucks said. “I didn’t know it was an issue to the point that it would lead to what it led to. I mean, my middle finger’s up in a bunch of pictures. You know? The caption of the picture actually let it be known. It said that ‘F what you may think or what you may see we all one family. #Family’ So, at the end of the day I don’t know how that—I don’t believe it’s a picture that actually caused everything that happened…It’s never that serious to where you use somebody’s child. Especially when I know Marquise.”

After speaking on the press conference, Slowbucks revealed that he didn’t snitch on the person responsible for snatching his chain and even offered to sign his company to them if they had any proof that he spoke with authorities.

“I never was in a situation where I’m making the money I’m making now,” he said. “And I got partners. I got partners. I got—Slowbucks is not just me…We got our colleagues that we sit down with. They make decisions. And it’s not just my say so. I didn’t want to do that. And I’mma be honest. I’m not here to deny anything. I did it. I sat there and I did it. Not understanding what’s going on, but because I got partners. If you got partners I’m sure it’s decisions that you…may not be down with it, but the two majorities win and you gotta sit there and deal with and go with it because that’s your team.

“Me snitching? Let’s be for real now,” Slowbucks added. “I’m not even worried about what the people on Instagram think. I come from a neighborhood where—and guys that’s around me that’s not accepting that type of stuff. You know what I’m saying? Matter fact, I’mma do you even one better. That person that y’all talking about could actually come up here or send paperwork up here and prove that I told on him or that I sat [in a] conversation with police, I’ll sign my company over to him.”

Slowbucks later spoke briefly on the nature of his civil suit, which was discussed during his press conference earlier this month.

“This what was going on. I sat down with my team and because of what happened they felt the need to—And what civil means you have to break it down cause people just they get civil mixed up with criminal. And I got it mixed up too,” he said. 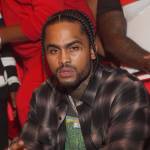