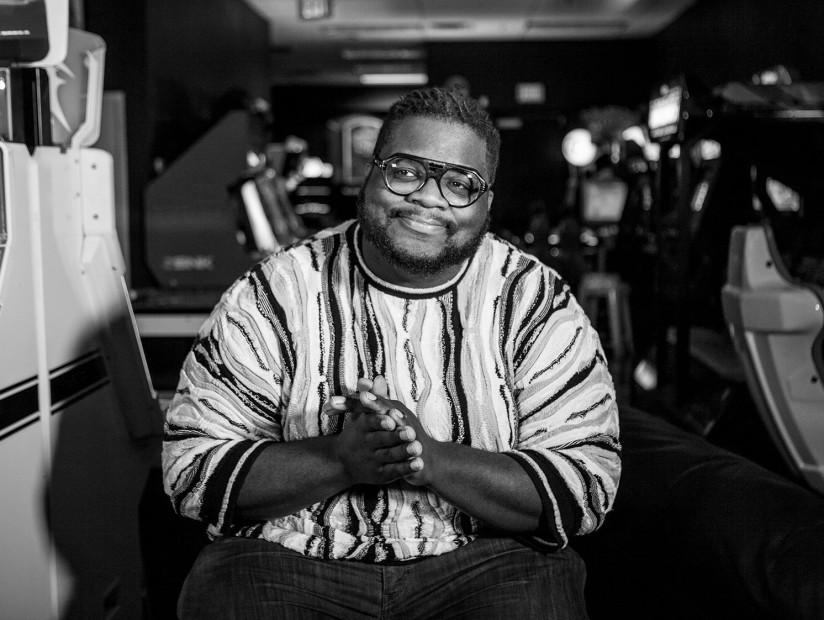 Video games and Hip Hop have been connected for decades. When it comes to marrying the two within music though, no one does it quite like Mega Ran. Rather, nobody does it as much as him.

“Earlier this year I was able to scratch a ridiculous bucket list item off without even knowing it,” Mega Ran told HipHopDX.

In February, he set a Guinness World Record for writing the most video game rap songs — a record he achieved by a healthy margin.

“It’s pretty incredible,” Ran said. “But not so crazy when I think about how much video games and Hip Hop have both been such a huge part of my life for as long as I can remember.”

Currently, Ran is preparing for the upcoming release of Emerald Knights 2 with Bag of Tricks Cat, which will hit all digital shelves on June 22.

“No video game samples,” he says of the album. “But expect plenty of references.”

Ahead of the new project, Ran broke down the Top 10 video game-inspired songs in his catalog for DX.

Check out the selections and his story behind each track below.

“The music is super dope, but I like that it took me to a real-life situation. DKC is such a classic game series.”

The game it samples: Mega Man 9

“Probably my biggest song to date. A tragic tale of love and love lost.”

The game that it samples: Ms. Pac Man

“It’s pretty much the story of my life … and Pac-Man’s theme instantly takes me back to my barbershop I went to since like nine years old. I used to sweep up there for some extra change just to plunk it right into that machine.”

The game it samples: Mega Man 2

“Though I recorded it in 2007, this song had been in my head since 1989 when I first played Mega Man 2. I hummed it forever but just couldn’t figure out how to flesh it out until later. I’ve always been immature, and now as an older man with staples like Toys ‘R’ Us gone, the reality of things changing hits harder. I feel like it has a new meaning, like us artists are expected to remain young forever in the eyes of the fans and through the music, we can do that.”

The game it samples: Sonic The Hedgehog

“I enjoy re-telling a game’s plot, but I enjoy when the music encourages me to go someplace else close to my heart. This is a song all about the friendships I’ve made through music, and when I play it live, I have a series of moves to it that require a partner. Super fun, but it’s super real at the same time.”

“Final Fantasy VII changed my life in many ways … so when I sat down to work on material from that game, I knew it would be special. The music, the characters —  everything is so iconic that I couldn’t do it wrong. This is probably the second most important song on here, as it hit the front page of Reddit one day while I was in class teaching. It propelled me to take the leap to music full-time.”

“Final Fantasy VI is widely considered one of the best RPGs ever made, and I got to it way late in my life. When I finally did, K-Murdock flipped the ‘Figaro Castle’ theme so well; it sounded so royal. So, I thought it was time to claim the throne in video game rap.”

“Just bars! It had been so long since I could just bar out on a track, feel myself a bit and have fun, and Yon.Li’s beat just spoke to me instantly. I sat on this beat for almost a year until I felt I had the right lines, the right hook and the right guest. Kadesh murders this; definitely check out more of his stuff!”

The game it samples: Mega Man 2

“It the song I took the longest to write. Mega Man 2’s music is so iconic, particularly this track, as a lot of people consider it one of the greatest pieces of video game music in history. For that reason, I knew it had to be special. I told the story of how genius can go wrong in just a short time. I love to play this live and get the crowd involved, and it surprises me how so many different people in different walks of life recognize the sample.”

The game it samples: Little Nemo, The Dream Master

“It’s my origin story in rhyme form. This is the song I ask people to listen to of mine first. The game itself was tough but very colorful and fun. It’s all about a creative boy with a vivid imagination who would travel to strange lands in his dreams … that was me. Somehow, now I’m able to give back to the video games that basically raised me. It’s literally a dream come true.”