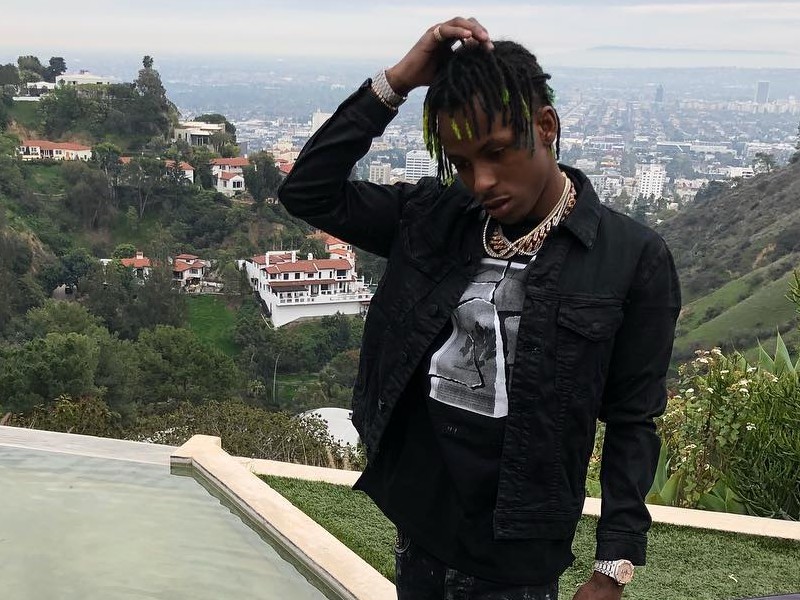 Rich The Kid On Lil Uzi Vert Diss: "He Can Take It However He Want"

2018 is shaping up to be Rich The Kid’s breakout year.

His social media following has breached the millions and his record deal with Interscope has culminated in the upcoming release of his studio debut album, The World Is Yours, which features a Lil Uzi Vert diss song.

Leading up to said release of the album has obviously taken its toll on the 25-year-old rap star. During the premiere listening session of his freshman offering held at CÎROC Studios, a lethargic Rich The Kid calmly scrolled through his Instagram (even during some of his interviews) as he braced for the second wind, which will mean even more press runs and meet-and-greets.

“He’s been working really hard on this project,” Ryan Ramsey, Rich’s manager, tells DX. “He spent over a year on it making sure it was right. It’s definitely something he’s proud of and put his all into.”

And the musical promo has been great. The album’s lead single, “New Freezer” featuring some guy named Kendrick Lamar became Rich’s first single to chart on the Billboard 100, peaking at #42. The record “Plug Walk” (with its Breaking Bad homage video) soon followed, with a #23 placement. Both singles earned the Queens, NY native a platinum and gold plaque, respectively.

But Monday (March 26), as the album drop date neared its witching hour, Rich The Kid made good on a promise to diss his former associate, Lil Uzi Vert with the release of the album’s anchor track, “Dead Friends.”

When asked whether the song was free smoke or simply tough love, Rich tells HipHopDX the purple-haired one can simply “take it however he want to take it as,” emotionless about how Uzi will respond. “It’s just a record that we just chose to drop,” he added, noting he really didn’t count it as a single.

“My goal was to come out with the best songs in every way,” he says of the LP, which boasts big name features like Future, Lil Wayne, Rick Ross and future tourmate Chris Brown.

When you have the world in the palm in your hand, the only goal should be to strive to be the best.