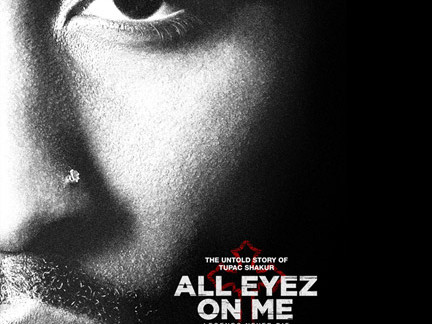 By now, many of you have already made up your mind on whether the Tupac biopic All Eyez on Me did right by your Hip Hop knowledge. But regardless how you feel about the movie, it goes without saying that many key players who influenced the late rap legend’s life weren’t given any camera time.

For many people in the Hip Hop community the news of former Thug Life member and one of Tupac Shakur’s right-hand men Big Syke’s passing is still a shock.

The MC with the Stentorian voice was found dead in his apartment in Hawthorne, CA at the age of 48 last December. Syke, was probably best known by many for his indelible verse on “Picture Me Rollin’” off of 2Pac’s All Eyez On Me monster album, but to those that knew him personally, Syke was a loyal guy with a big heart and a flow raw enough to match even Mr. Shakur himself.

HipHopDX wanted to pay tribute to the venerable rapper the best way we knew how: By reaching out to his fellow MCs and friends to speak on both the artist and the man behind some of the 90 rap era’s most powerful verses.

My fondest memory of Big Syke was really just Big Syke. He was always a pleasure to be around. He was always positive. He really didn’t have anything bad to say about anybody. He was my guy. Just that. He was a true friend. Even when certain situations weren’t all the way 100 as far as he considered it he didn’t throw no dirt at anybody. He was straight up. Our last conversation we were talking about putting a tour together with us – Money B and Big Hop, the newest member of Digital Underground – with Thuglife and Tha Outlawz and it was gonna be a Tupac tribute tour.

I got to chill with him was when we did [“Picture Me Rollin”]. The strange thing about this was, the way that song came together. It was absolutely unplanned. I was really appreciative of how accommodating he and Pac were, but the defining moment for me came after that and interestingly enough it involved a funeral.

I said “That was really nice of you to donate money for her funeral” and he said “It was nice of you too.” and I said “That was my cousin.” He said “What!” I said “Yeah,” He said “Are you serious? She never told me she was your cousin.” I said “Well why would she tell you, how did you know her?” He said “We were dating for years.” I was like “My cousin never told you that I was her cousin, and never told me that she was dating you.” That was the most interesting story. The thing is she and I were always really close but she was’t a groupie so she didn’t want to tell me that she was dating Big Syke, and since she wasn’t a groupie she didn’t wanna tell him that her cousin was CPO Boss Hogg. We got a really big kick out of that. That was the time we really connected and it was an interesting thing because from the day we did “Picture Me Rollin’” we had never really gotten to speak between those times and we linked back up on Twitter. It’s just crazy cause when we would speak on Pac I’d just say we’re all still rollin.’ Now that Syke is gone it’s just really eerie. I really haven’t accepted it yet.

I had only met Pac a couple of times prior to the day we were at the studio recording “Picture Me Rollin,” and here I am in the studio with Pac and Syke and I heard Pac and I was like I need to hurry up and finish mine and then I heard Syke’s part and was like let me do my part over again. I was like “Why you gotta put me on after Syke?” Syke’s voice is so resonating it’s like, how do I stand out after this? I never liked my part. I never did. by people thinking it was Syke The funniest part about that song is every single time someone finds out I was on that song they go “Oh! Are you Syke?” I say “No, I’m the guy at the very end” and they say, “But Syke is at the very end.” So for people to be so excited about my part and think it was Syke I was never insulted. Put it this way, I’ve been Big Syke for the last 25 years!

One of the last times I talked to Big Syke was probably around that whole thing that happened with Pac in Vegas. Me and Syke go back to when Pac was in jail cause I produced some songs on Thuglife back in the day when Pac was in jail he would have me come and do stuff with Thuglife and The Outlawz. Real good dude. He was Pac’s dude for real. After Pac died there were all these crazy theories and rumors as to what happened to him. I got tired of people asking me and they almost me feel like I didn’t know what really happened so I asked somebody I knew would know, so I asked Big Syke. He was like “It’s the same old thing Mike. He got into it with somebody and they came back and shot him up.” If anything was weird Syke would have said it to me. My favorite line from Big Syke and every time I would see him I would say it is “I got keys comin’ from overseas.”

He was just one of the real good niggas. A lot of people are industry friends, me and Syke was real partners. Ever since Pac introduced me to him I always gave him the same love I gave Pac and he never had an ill word or ill moment. Our shit was just real, our conversations because our relationship, me, him and Pac, was different than everybody’s. Everybody was on the outside looking in, we were on the inside looking out. I think everybody loved him so I’m not sure what I can add cause everybody would probably say the same thing about him.

He always talked about time. How important time was and that’s what’s very important not just regarding what he had told me but he always said that, he even had that in a bunch of his songs. That even gives me strength now in missing and trying to move forward. He told me “Just because Pac’s gone we don’t have to be sad about it. We gotta think about the future cause we’re alive.” He wasn’t just a friend to me he was like family.

As far as in the studio, my most memorable moment was that one called “Thuglife Outlaw.” It was how we sat there and heard the beat. We were working with Dae One at his studio in LA and we pulled the track and he wrote it right there and then. He came up with the title right on time. There’s that word again “Time.” He always told me time is of the essence. If it’s not about money you have to use that time wisely and spend it with your family and your loved ones, that came straight from his mouth!