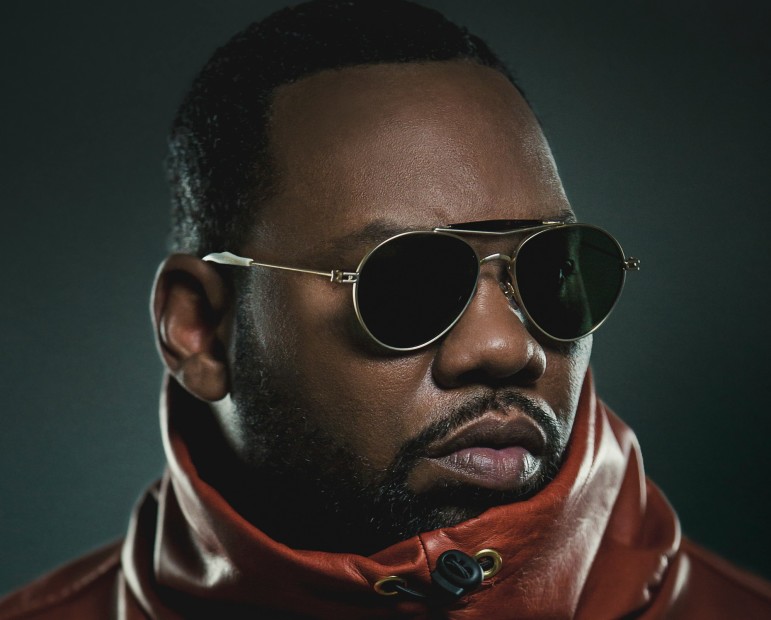 No artist’s career stays at its zenith forever. Recording careers tend to wane as life kicks in, focuses shift or, in a lot of instances, success becomes the norm. To summarize, some rappers get rich and stop trying.

But every now and then, Hip Hop bears witness to a veteran who doesn’t need to learn the new tricks of the game because he’s patented most of the ones still being used. Three decades have transpired since Raekwon told us staying alive “was no jive” as there was no future promised growing up on the crime side — the New York Times side.

Works like the Wu-Tang Clan debut Enter the Wu-Tang: 36 Chambers and his own Only Built 4 Cuban Linx made him a legend early but his moves later in his career ensured he wouldn’t be considered a relic. Having bottled lightning twice with The Purple Tape follow-up in 2009, the verbose Wu member is back with his seventh studio album, The Wild, which packs a serious punch, whether you consider his 47 years of life or not. It also packs some serious star power from the likes of Lil Wayne, G-Eazy and the J.U.S.T.I.C.E. League, but nothing from his extensive Wu-Tang Clan family, unless you count the promotional “This Is What It Comes Too (Remix)” with Ghostface Killah.

While speaking with HipHopDX Editor-In-Chief Trent Clark, The Chef explains why collaborating with Wu-Tang Clan members isn’t always a necessity, fan preferences vs. reality and just what the hell he thinks about U-God’s lawsuit.

“I was really just trying to come with another quality album,” he says. “Being in the zone and get some proper production in my lap. To me, once I feel like got something to be inspired by, it just forces me to get right in pocket. So I was around great producers and the energy in the room was great. I just wanted to come back with another record that makes sense. And we’ve been working on this joint for around 15 months and I was feeling good. My pen game was excellent and I just went in there with a mission.

On Being Regarded as “Old School”

Music is music, man. At the end of the day, it’s all about giving people music that they respect. I used to think that philosophy was that when you got older, you got dusty or whatever the case may be but in this situation with me, I’m just going backwards, Benjamin Button style.

Real rap! I used to think time would tell when it comes to the volume of quality music you make but for me, I just feel like I ain’t bust that right nut off yet to really score like that. Lyrics are important but when you’re a lyricist, the beat is more important. My issue always at bay is the sound and how I’m gonna keep it fresh and keep people attached to it.

One thing about The Chef is I still like to go out and be attached to what’s going on in the music business. That’s important to me. To really be watching what’s going on, listening to the new sounds what’s coming out, developing new relationships with more producers and artists. So it’s just taking it like a day job and getting out there. And first and foremost, doing what I love to do. This is something that saved my life — music. You know I come from ‘the below.’ So I always wanted to have a grip on my career in a way I’m still able to do my dance. And I know in order for me to do that, I gotta be around things and I still go out. I still be in the mix of shit. When you see your fans and they salute you and treat you royal status, it makes me go home and say ‘Wow, maybe I’m not washed up.’ It just gives me that strength and you know, the will of Allah. He keep me going and feeling good about myself. And most importantly, I got a good team. I think team is so important. Once you got guys around that understand you and keep you working and motivated and it keep bringing in shit that makes sense, it just makes me feel young still. And that’s just what’s been going on. I’ve been surrounding myself with my boys and we’ve been getting stronger with making moves for our livelihood.

At the end of the day, even though you in a group, sometimes you feel like you [went that route] continuously. I always have albums with [Wu-Tang members] on it and I appreciate every time it’s like that. But every time it doesn’t have to always be like that. So my thing is just to let the world know that I’m an artist and my brothers always got my back whether they’re [on my album] or not. And it don’t matter because I feel like you boxing me in when you tell me I have to have it a certain kind of way to survive and I don’t feel like that’s fair to an artist. Some albums they may be involved with it, some they may not. That don’t necessarily mean you take away my credentials because you feel like a certain individual should be on it.

I had this issue before back in the day when I made Immobilarity. I was reading the press and a lot of people weren’t feeling it based on the fact “he don’t got ‘blah blah blah’ on it or production from ‘this one’.” But then, in the same sentence — they like it. Some now I’m super confused because if you like it, you like it but why you gonna try and throw shots based on your delicacy and what you feel that you want? To me, it’s about being open-minded and trying to do something different every time. If you look at every [one of my albums], it’s so important for me to have different players involved with it. So, I don’t really get caught up in all that. Every [Wu-Tang member] is doing their own thing right now. We grown and everybody is going their direction and I knew if I wanted to get them [on The Wild], it’s nothing but a phone call but at the same time, I wanted to take this role on my own and really create what I want to introduce at this point. And I never want to feel forced to feel like I have to do it “this way”. It’s all about the music, man. But it definitely used to bother me at one point. You say that you like it but at the same time, you mad because Ghost ain’t on it or GZA or whoever? I learn to not have to get caught up in all that too much.

I look at that as opinions from certain individuals that may feel like that. One that about [Wu-Tang] is we have a solid diehard fanbase. So every now and then, you gonna get people that’s just so caught up into what we created in our past that it’s hard for them to see the future of things. So I expect for them to get like that. But I represent my family regardless. It still keeps our flag shining, our shit shining. So when you don’t hear them but you one of us the whole crew win. If Inspectah Deck win, Rae win. The whole crew win. I see what RZA’s doing in Hollywood and what GZA is doing at Harvard and Ghost is always on tour. That’s always been my philosophy. It’s just all about how you get there to be successful. The foundation is always The W. But at the same time, we always said when we came into this business, we all have solo vibes and we all think different when it comes to moving forward. So as long as I can run out there and do what I was supposed to do — and make the home front look great? It don’t matter what people what may think or whatever because it’s always Wu-Tang.

1995 Until … Raekwon’s first album, Only Built 4 Cuban Linx is universally considered to be a Hip Hop classic but there have been six studio albums and a handful of mixtapes to come from his catalog since then.

So when you hear Raekwon 20 years later … “Oh, yo that’s Rae from the Wu,” someone is gonna see that the Wu is still around! Whether it’s all of them or whether it’s one of them. So that’s always been our philosophy: Somebody got to get out there and keep the name relevant. And I feel like I’m doing to do what I can do but more importantly, I got to do for Rae right now. It ain’t nothing towards nobody. It’s just that I came in the business to be an artist and deliver; not to be bottled in and feel like … “Are you fuckin’ with the Wu?” I’m always fuckin’ with the Wu — as long as it makes sense and I know the love is unconditional on that side. But you know, as brothers, we go through shit. Any other family, it’s the same shit. But we attached, we like a hand. You ever heard that saying: your kids are like your fingers? They all got different sizes and shapes but they’re all connected to one hand. So I’ll always be connected to my family and they gave me the ability to pursue my goals and dreams. So someone has to be there and keep the flag alive and I feel like that’s my job. To get it where it gotta go.

[Laughs!!!] Matter fact, I did talk to U-God! We was laughing about it and shit. He was like “Yo, man, c’mon man, that shit don’t even make any sense” to be dealing with [Wu-Tang] on that level. From what he telling me, that was just media just twisting things around. Whatever he gotta do … he man, of course … I mean, he want answers! And that’s what it’s all about.

Family Feud: Like U-God, Raekwon has been vocal about his issues with the WTC brand and RZA but as The Chef calmly puts it, “brothers go through shit.”

But we laughed about it. It was real funny to us. Because the first thing I said when I seen him was like, “Yo, you suing me nigga?” [Laughs!!!] But he was like, “*Tsk* C’mon man, stop it. That’s the twist that the people and press put on things.” I actually asked him when we did the Wu-Year’s Eve show out in Las Vegas.

But we solid. I’m solid with all my brothers. Like I said, I love them more than anything when it comes to what we created. But I can read what he’s feeling today with his own personal life. But I always try to be a good motivation and person to still moving. Sometimes it’s tough for dudes to see that fog because they dealing with whatever they dealing with but it’s still all about moving forward.