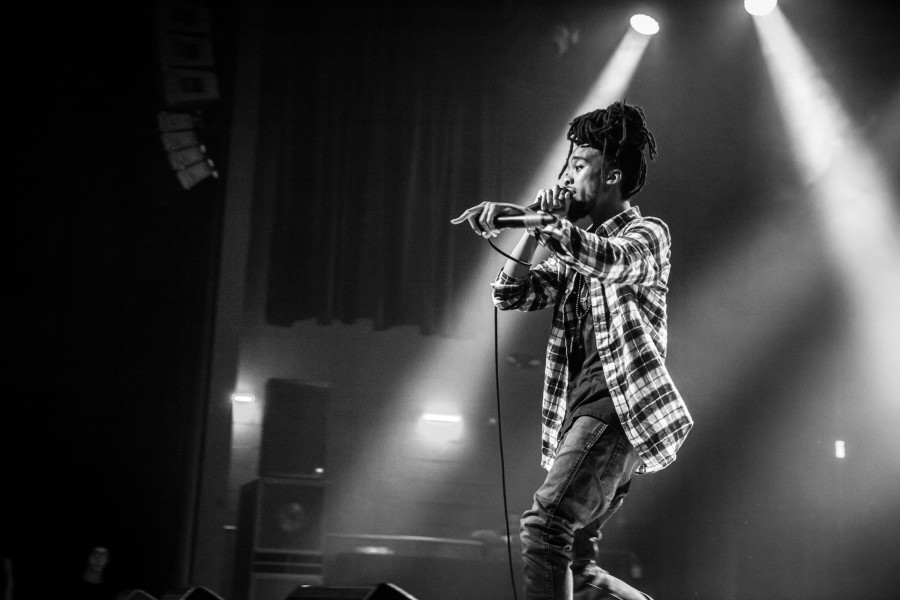 Up NeXt By DX: Mvstermind

“I’ve Done 20,000 Miles Of Independent Touring With My Team, With No Label, Nor Management” Says Saint Louis Native

“I’ve been straight up producing for artists since the age of 13. I had my beats popping on Myspace, Bebo, BlackPlanet, SoundClick you name it (laughs). I’ve always been a student of music and involved in music creation in some shape or form but more behind the scenes until I finally mustered up enough confidence to express myself vocally over my own production. Ever since then it was no looking back after watching everyone else performing on stage. I knew it was my time. A lot of people end up having their pregame winning shot, but after mine, a brother isn’t gonna fade away for real, though. This music thing was never a hobby, I was serious about it from the jump. Shortly afterward, I found the MME collective with my bros, and we’ve been creating ever since.”

“I’ve already had my video “Mali Moolah” stayed in rotation on BET and MTV for months, and here I was talking about knowing my worth since birth on national television. “Mali Moolah” is a track that I produced, engineered, and recorded in my parent’s basement with my $2000 to $3000 dollars to set up. I sternly believe that this is a part of my purpose. I took a leap a year-and-a-half ago and quit my full-time job, and decided to be self-sufficient off of my musical endeavors. I got one hell of a vision that I plan on executing. I’ve done 20,000 miles of independent touring with my team, with no label nor management. We’ve shared stages with Chance the Rapper, Travis Scott, Curren$y, Ab-Soul, you name it. I’m kind of a different breed when it comes to this whole dreaming thing, at a young age I was taught anything I put my mind to is obtainable, and I’m about to continuously prove that theory right. I try to stay in touch with myself and my position in the universe. Everything has been aligned for me so perfectly, simply because I know my reactions determine the outcome of any situation, that’s the one thing I can control in this world. Either life can kick your ass, or you can level up real quick. Plus you know you’re in the right place if you’re constantly surrounded by the movers and shakers in this globe. If you ain’t on shit, odds are that your circle isn’t either. Luckily my artist friends/connections consist of folks actually out here, G-Eazy, Hugh Augustine The MC, DJ Track Star (from Run The Jewels), Black Spade, founders of tech startups, my folks in MME is some of the coldest rappers I know. The list goes on. Also, it seems as if the city of Saint Louis actually has a brother’s back.The music culture here is waking up, independent Hip Hop is packing out some of the most prestigious venues in the city. We honestly haven’t been popping as a musical city since folks wore band aids under their eye as style. That speaks volumes.”

“I just finished what would be my debut EP titled the Cusp. I produced and recorded myself, and it’s my journey to self-discovery and self-actualization. When you’re living in two realms, you’re balanced in another. We’re on the cusp. I consider it the prelude to two other albums I have in the works conceptually, and each one will embody the two separate realms.”