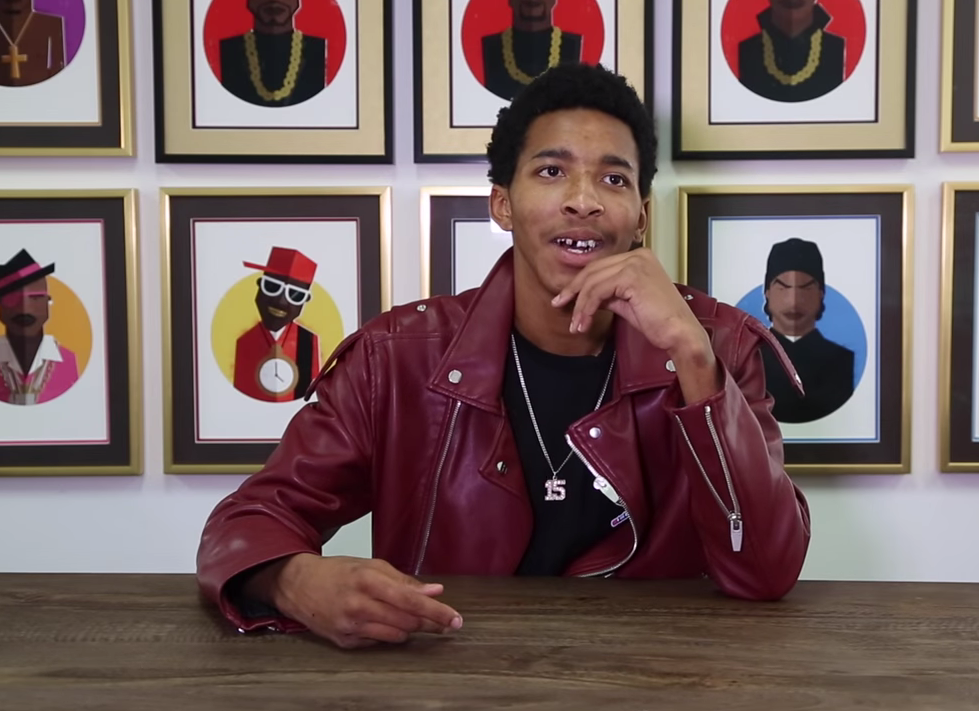 Aspiring artists everywhere know they have to seize any window of opportunity they can to gain publicity, or notoriety in both cases.

Zacarai Nicasio did just that last night at the Microsoft Theater when he boldly channeled his hero, Kanye West à la the 2009 MTV Video Music Awards and interrupted the ladies of The Talk as they accepted their People’s Choice Award for Favorite Daytime Talk Show Hosting Team.

After achieving overnight fame through countless publications (and stint in jail) HipHopDX caught up with Nicasio why the moment was still fresh in his mind. The 20-year-old who raps up under the name ZacZeta showed up to the office wearing his favorite outfit and told his side of the story.

DX: How did you get into the Award show anyway?

Zacarai Nicasio: My boy, he had a Choice Awards Ticket–orchestra level; orchestra row. I got in but once I sat down in my seat, I was listening to everything but it was boring. Like, people were enjoying it but most people were on their phones. I was like, ‘Something’s gotta change.’

Once I sat in my seat and saw all the advertisements going on, I was kind of just sick of it. [They] would come up on stage, say their little speeches or whatever–blah, blah, blah–something’s gotta change. I have to show people something different. That’s when I got up and started walking to the stage. I hopped on stage and first off, I had to let people know who I am. Because I’m Zacarai Nicasio. Then I had to let them know that my nigga Kevin Gates is dropping an album–the ISLAH album on the 29th, January, of this month and I also had to let them know the Yeezy’s jumped over the Jumpman. I had to let ’em know. It’s this dude with this dope ass idea. I had to do it to ’em.

DX: So you’re not going to sue her for anything for her kicking you?

DX: So you got charged with a misdemeanor for that?

Zacarai Nicasio: Yeah, they charged me with a misdemeanor. I got arrested too.

DX: When did you get out?

Zacarai Nicasio: Same night. Soon as I got out, people were taking photos of me; running up to me, it was crazy. I was just walking towards the Marriott to meet up with my boy because he was staying there. I met up with him and we looked at the Internet and I was ‘pffft.’

The clock ticking down the fifteen minutes (or longer) has just begun. Take a look at some of Nicasio’s previous incidents down below.

Made it to the fashion show just in time. #TMT #TARTE #HUBBLESTUDIO #TKF #FashionShow #MichaelCostello